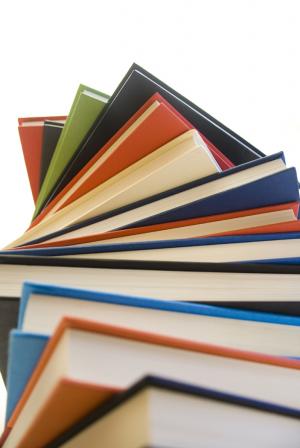 In the fall of 2014, Multnomah County Aging, Disability, and Veterans Services Division contracted with Portland State University’s Institute on Aging to conduct a consumer satisfaction study with users of sites where congregate meals and activities are offered in Multnomah County.

To address the recommendations provided in the report, Aging, Disability, and Veterans Services formed a workgroup comprised of key staff, congregate meal site managers, community stakeholders, and consumers, from August to September 2015.

ADRC Development - Multnomah County Aging, Disability and Veterans Services is participating in the development of a statewide Aging and Disability Resource Connection (ADRC). ADRCs serve as single points of entry into the long-term supports and services system for older adults and people with disabilities.

Aging and Disability Services 2009 Yearbook 2009_adsd_yb (3.22 MB)- An overview in words, numbers, and stories of ADS's year--which, despite difficult economic circumstances, included the launch of ADS' new Find-a-Home website and the funding of two major programs for the elderly and their caregivers.

Communities Putting Prevention to Work (CPPW) - In 2010, Aging and Disability Services received a grant from the Centers for Disease Control and Prevention and Multnomah County Public Health Department to support older adults’ access to healthier foods. The focus of our work with CPPW grant was promoting education and access for seniors to local, sustainable, healthy foods and wellness programs.

Vital Aging Report vital_aging_report_20321 (1.72 MB) - A 2008 Multnomah County report that assesses and identifies new opportunities, best practices, barriers and recommendations for enhancing the independence, engagement, and contributions of older adults in Multnomah County and our region.

Vital Aging Initiative -  The aging of the baby boom generation is driving a large demographic shift that has huge consequences for Multnomah County and for all of our communities. To address this shift, the Multnomah County Board of Commissioners adopted a resolution Resolution establishing a task force on vital aging (87.25 KB)on February 15, 2007 to create a Task Force on Vital Aging in order to: “assess and identify new opportunities, best practices, barriers and recommendations for enhancing the independence, engagement, and contributions of older adults in Multnomah County and our region.”

Oregon State Plan on Aging, 2009-2013 vital_aging_report_20321 (1.72 MB) - The Oregon Department of Human Services' Seniors and People with Disabilities Division develops a State Plan on Aging every four years, as required under the Older Americans Act of 1965. The Plan provides a vision of and direction for Oregon's aging network for the next four years.

The State Plan for Alzheimer’s Disease and Related Dementias (ADRD) in Oregon provides a starting point for an ongoing effort to address related community needs, and a guide for the engagement of public and private sector stakeholders to improve the state’s response to community needs associated with Alzheimer’s disease and related dementias.

2008 ADS Accomplishments quick_review_2008_ads_accomplishments (1.63 MB)- This brief report summarizes the highlights of each unit within the Aging and Disability Division in 2008.

Needs Assessment Report ads_2008_needs_survey_printed_version (7.09 MB)- In 2008, ADSD collaborated with Portland State University’s Institute on Aging to survey low-income adults 55 years and older about their needs and quality of life. This study yielded a number of interesting findings that will help guide ADSD’s short and long-term planning.

The Long Term Care Report Card report_card_report_jan-feb_09 (382.33 KB)is an analysis of data collected from clients about the service they received from the Aging and Disability Services Long Term Care unit.

2008 Public Guardian and Conservator Satisfaction Survey 2008_public_guardian_and_conservator_service_improvement_survey_report (57.6 KB)- The Public Guardian’s office conducts yearly user satisfaction surveys to ensure that they are meeting the needs of their clients.