About the Central Courthouse Project 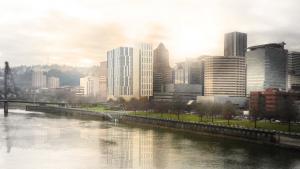 Multnomah County’s old central courthouse was built between 1909 and 1914, when the county had only 250,000 residents and long before modern building code standards for the region’s risk of earthquakes were in place.

Today, about three times that many people live in Multnomah County. The old courthouse was heavily used each day, from judges to jurors to people paying their parking tickets. Greater demand from a much larger population, coupled with a century’s worth of use, meant the old courthouse had developed serious safety problems that could no longer be deferred.

Simply put, the existing central courthouse was structurally and functionally obsolete. The building didn’t meet current seismic codes. There were also serious security concerns for the courts and the public, given the courthouse’s limitations on separating criminal defendants from judges and witnesses.

Learn more about why Multnomah County replaced its century-old courthouse in this video.