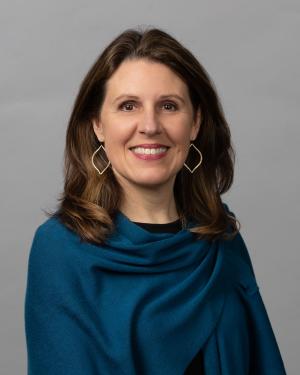 Multnomah County Chair Deborah Kafoury learned early that any one person can make a difference after watching her mother open their Northeast Portland home to women escaping domestic violence or families with nowhere to sleep. Her parents were public school teachers who both held elected office. Even their garage was turned into one of the county’s first collection sites to recycle glass.

Those early lessons shaped a deep commitment to public service. After graduating from Grant High School, Deborah attended Whitman College in Walla Walla, Washington and earned a Bachelors of Arts in English. After college, she worked in Washington, D.C. as a staffer to then-U.S. Rep. Les AuCoin.

She returned to Portland to work on the 1995 Portland Public Schools bond campaign. From 1999 to 2005, she represented North and Northeast Portland in the Oregon House of Representatives, serving two years as the House Minority Leader. As she took time to focus on raising her three children, she also served on the board of Transition Projects.

In 2008, voters elected Deborah to the Multnomah County Board of Commissioners where she worked to help families in crisis stay in their homes or be rehoused as quickly as possible. She led efforts to replace the crumbling Sellwood Bridge and was the leading voice to replace the County’s 100-year-old central courthouse. Throughout, she helped stabilize county finances by working to find a permanent funding source for the libraries and using innovative partnerships to better serve our community.

Deborah has worked closely with the City of Portland, and state and federal officials, to address the crisis of homelessness and increase funding for early childhood education, after-school and mentoring efforts and child abuse prevention.

In October 2013 she resigned as commissioner to run for chair as required by the Multnomah County charter, and won election on May 20, 2014. She took the office of Multnomah County Chair on June 5, 2014 and was re-elected for a second term on May 15, 2018.

Deborah lives in Southeast Portland with her husband, Nik Blosser, and their younger children, Jacob and Anna. Their oldest child, Alexander, is away at college.