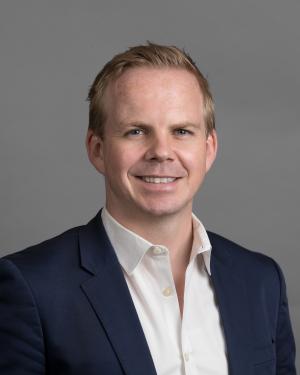 Liam Frost joined Chair Deborah Kafoury’s team in May 2018, and is responsible for advancing the Chair’s priorities on housing and homelessness. He works closely with the Joint Office of Homeless Services, the County’s Behavioral Health Division, as well as the City of Portland.

Liam was born in South Wales, and was raised by a family of steelworkers, coal miners and nurses. Growing up in a small industrial town in Margaret Thatcher’s Britain, Liam saw first-hand the lasting impacts of a government deliberately ignorant to the needs of low-income communities. Learning that the inequities he saw were structural, Liam set out to pursue a career that would contribute to breaking down structural inequity in all its forms.

Liam began his career in public service in San Francisco where he advocated for the rights of low-income tenants as a caseworker for people in eviction. Over the past 10 years, he has worked for the Portland Housing Bureau, the Portland Water Bureau and Portland City Commissioner Nick Fish.