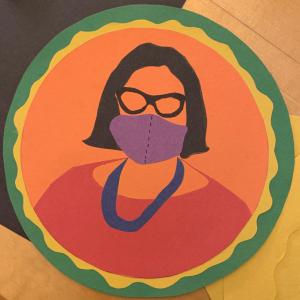 It’s not much of a secret, but I love creating policy. I love the ins and outs of policymaking, the tough issues around prioritization, timelines, trade offs, and negotiations. But most of all, I love seeing good policy become law, and then build upon itself.

I’ve been fortunate in my political career to build upon the work of those who came before me, and to see the work I set in motion be built upon as well. Pushing the Coal to Clean energy bill in the legislature built upon the renewable energy standards Oregon lawmakers established in the decade before I served. And just two weeks ago I submitted testimony to further advance those standards, and move us even closer to a 100 percent renewable energy future.

And I’m confident that the Clean Fuels legislation I helped pass in 2015 is helping usher in a speedier and more equitable renewable energy revolution in our transportation sector, which makes up a quarter of our carbon emissions.

Similarly, the framework we established at Multnomah County in 2017 to have an economy powered by 100 percent renewable energy by 2050 was furthered when the county passed a resolution this month committing to the construction of fossil-free new buildings. This important step - the first taken by a local government in Oregon -  is necessary because we must move aggressively to decarbonize every economic sector, and we at the county will play a role by using our market power to divest from fossil fuel systems. This step, I am sure, will be followed by others, built upon, and furthered - and hopefully soon.

I am also confident that the work we accomplished creating the Preschool for All program will be replicated and built upon as well. Last week I had the opportunity to speak at the Clinton Global Initiative event on “Women in the Workforce,” and shared the news of what we’ve accomplished here in Multnomah County with leaders across the country, as I’ve had the opportunity to do several times since it’s passage in November. Whether it be state lawmakers from a dozen states, to advocates in our own region, to non-profit organizers in Poughkeepsie, NY, I know that the work we’ve set in motion will have an impact on the lives of children close to home and far, far away. And that is very rewarding.

Thanks for the opportunity to represent and serve you.

PS: You can watch the Clinton Global Initiative panel here. I am on the second panel, which starts at the 36 minute mark.

Below is the statement I issued on the guilty verdict handed down Tuesday in the murder trial of George Floyd:

With the conviction of former Minneapolis Police Department officer Derek Chauvin for the murder of George Floyd, a small amount of justice has been done for the atrocious crime we witnessed on video nearly one year ago. I am grateful to those who worked hard to assemble and prosecute the case against Officer Chauvin, and I hope that this verdict provides Mr. Floyd’s family with some amount of peace.

Yet we must recognize that one victory in court does not make up for the hundreds of years of systemic violence perpetrated against Black people in our country, or for the countless lives that have been lost to police violence.

We must continue our efforts to fundamentally reimagine law enforcement and the role of armed officers in our public safety system.

The 2021 legislative session is in full swing, and as legislators have been working through an unprecedented session held in virtual committee meetings and largely outside the Capitol, I’ve been engaging with lawmakers to advance Multnomah County’s priorities.

Throughout my career I’ve been focused on addressing the climate crisis, and I’m glad to see legislators and advocates push for aggressive action on climate change this session. The most significant of these bills is HB 2021-5, which would require that 100% of Oregon’s electricity come from renewable sources by 2035. When I served as Chair of the House Energy & Environment committee in 2016, I championed groundbreaking legislation to commit our state to transitioning off coal-fired power and toward renewable energy. Since then, the urgency of the climate crisis has only magnified, and our state has fallen behind our west coast neighbors in our timeline for addressing the climate crisis. You can read my testimony supporting HB 2021-5 here.

Lastly, I have been working closely with community leaders to advocate for several bills that would support migrant and immigrant families across Oregon. I’ve submitted testimony in support of HB 2358, which would ensure that farm workers have access to overtime pay, and HB 3230, which creates a statewide program modeled after a successful initiative I championed at Multnomah County to provide legal navigation and wrap-around services to Oregonians finding their way through our Byzantine immigration system.

As this unprecedented session continues, I’ll continue to update you on how you can help advocate for our community’s priorities.

For this month’s constituent spotlight, I want to highlight the work of District 3 resident Lisa Freeman.

Lisa grew up in the Central Valley of California and received her undergraduate degree at Fresno Pacific University. After graduating, she spent several years serving in the Peace Corps in Kyrgyzstan before completing a masters degree in International Peace & Conflict Resolution at American University in Washington, DC.

Lisa began working for USAID after graduating, assigned to the Office of Transition Initiatives, which focuses on building and strengthening democratic institutions in developing countries. Her first assignment was in Kandahar, Afghanistan, and went on to serve in Syria and Nigeria.

In 2017, Lisa returned to the United States and moved to Portland. When serving overseas, one of her favorite things about what she did was getting to work with folks who were passionate about strengthening, empowering, and improving their own communities. While her job was to support them at a high-level, they were doing the hard, daily work of building stronger communities. In her own words: “I got to go around the world working with the best people in the world...it inspired me to be more like them.”

Here in Portland, Lisa sees many of the same challenges that faced the communities she worked with overseas, including divisive rhetoric from political leaders, a lack of respect for democratic institutions, insufficient civics education, and a general sense of anger, stress, and frustration. She wants to help strengthen our communities here at home using some of the skills and lessons she learned overseas to promote trust in our institutions, foster a healthier civic environment, and address the root causes of societal anger and stress. She knows we have it in us to address these challenges and achieve more for all who call our community home.

I’ve enjoyed talking to and learning from Lisa, and want to thank her for her work abroad and here at home!

Our community has seen a spike in gun violence over the past year, and east Portland neighborhoods have seen a disproportionate share of these shootings. On Monday, April 26th, I will be partnering with the East Portland Action Plan to host a community conversation on the state of gun violence in east Portland.

We will be joined by District Attorney Mike Schmidt, and representatives from the City of Portland, Portland Police Bureau, Multnomah County, and community partners working in east Portland.

The event will take place on Zoom from 5:00 - 6:30 pm on Monday, April 26th.  Please contact district3@multco.us if you have any questions.

Preschool for All Advisory Committee Opportunity

Multnomah County is currently accepting applications for the Preschool for All Advisory Committee, a board of passionate community members that will help review program expenditures, advise evaluation efforts, and review data to make policy recommendations to the Department of County Human Services, which is responsible for implementing Preschool for All.

At each step of the way in creating Preschool for All, we have centered community, parent, and educator perspectives to develop our guiding principles so they reflect racial and economic equity. Ensuring that our implementation process continues to prioritize the principles upon which this historic ballot measure was built requires continued input from these same stakeholders!

The deadline to apply is Friday, April 30th. Click here to learn more about the Advisory Committee, application details, and more!