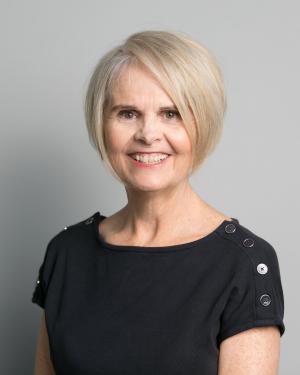 As director of the Communications Office, Julie Sullivan-Springhetti oversees the office that connects people in Multnomah County to their government, and county employees to one another. The office provides accurate, timely and responsive information on County services, employees and news. Staff coordinate more than 1,700 media stories a year and publish staff stories and photos on County news on 20 websites and social media platforms.

A country mouse born in "Butte, America," Sullivan-Springhetti graduated from the University of Montana and worked as a news reporter in Alaska, Montana, Washington and most recently, at The Oregonian in Portland where she shared the 2001 Pulitzer Prize for Public Service. She is the winner of more than 30 national, regional and state journalism awards and co-authored Expecting Miracles with Dr. Christo Zouves.

In 2011, she joined the County as the spokesperson for the Multnomah County Health Department where she led communications for the emerging coordinated care organization that became Health Share of Oregon, regional efforts to combat Ebola and tuberculosis in zoo elephants. She took over the Communications Office in September 2016 where she oversees all media relations, emergency and strategic communications. In 2017, she served as the Joint Information Center manager and lead public information officer for the nation's number one wildfire, the Eagle Creek Fire.

When she’s not at the county, Julie hikes, skis on snow and water, kayaks and volunteers with the U.S. Coast Guard Academy and women's issues.