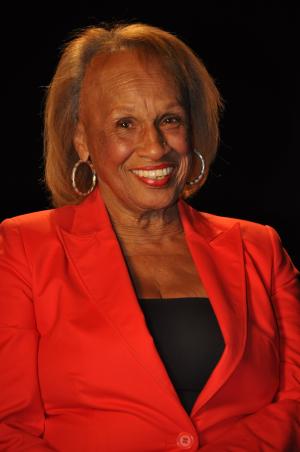 The Domestic and Sexual Violence Coordination Office (DSVCO), part of the Multnomah County Department of County Human Services, was saddened to learn of the passing of Senator Jackie Winters on May 29th, 2019 at the age of 82.

Senator Winters leaves a legacy that includes a great many accomplishments, including the distinction of being the first African American Republican elected to the Oregon Legislature.  Among her accomplishments, the DSVCO is proud to remember her as a champion for improving access to safety and justice for victims and survivors of domestic and sexual violence.

Throughout her political career, Senator Winters demonstrated a deep commitment to those impacted by domestic and sexual violence, with a track record of supporting key initiatives to fund community-based advocacy programs that provide life-saving housing and support services to survivors and their children.  In 2015, Senator Winters was a sponsor on HB 3476, what has come to be known as the ‘advocate privilege’ bill, landmark legislation in the state of Oregon that now ensures confidentiality and privacy between survivors of domestic violence, sexual assault, and stalking and the community based advocates supporting them as they navigate complex and often dangerous pathways towards safety and healing.

One of her last projects during the current legislative session was her proposal to establish a Domestic Violence Commission within government that would work to address critical state laws surrounding domestic violence within Oregon (SB 602).

We extend our condolences to Senator Winters’ family and loved ones for their loss, as well as our deepest gratitude for all they have done to lift up the Senator’s work and service to her community throughout her career.

A memorial service honoring Senator Winters will take place at the Oregon State Capital at 1pm on Thursday, June 13th, in the Senate Chambers.  A reception will follow and the public is invited to attend.

Cards and remembrances for Senator Winters’ family may be sent to: