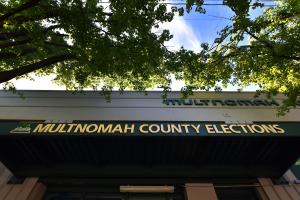 There are four regularly scheduled election dates each year in Oregon: