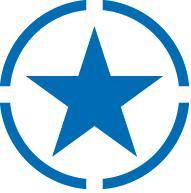 The Military/Overseas Voters' Guide contains .pdf files of candidate statements, measures and measure arguments submitted for inclusion in the Multnomah County Voters' Pamphlet for the May 20, 2014 Primary Election. The information has not been edited for erroneous endorsements and candidate statements do not include the photograph that was submitted. If there is not a statement for a candidate on your ballot, that candidate did not file a statement. Viewing the .pdf files requires the free Adobe Acrobat© Reader.

List of Multnomah County and Metro candidate filings. These candidates will appear on the ballot in the May 2014 Primary.

City of Portland Register of Candidates -  official list of candidates that filed and are on the ballot.