Mingus Mapps is running because he believes Portland can only reach its full potential if all voices are at the table. Portland is diverse and our city council should look like the people who live here. Portland needs a leader who is truly one of us - that’s Mingus.

Mingus is an accountable, transparent leader with the experience we need to address Portland’s toughest challenges. Mingus will:

SUPPORT OUR NEIGHBORHOODS AND KEEP US SAFE

“Portlanders deserve to be represented by someone with real experience. As someone who knows the ins and outs of City Hall, I can tell you Mingus is that leader.” - Mark Wells, Former Crime Prevention Program Coordinator

(This information furnished by Mingus Mapps for Portland City Council.) 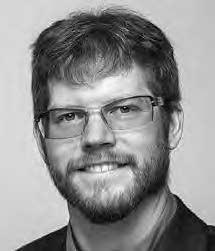 Seth's approach to government is similar to his professional life: dig deep into data and records, look for significant problems, and propose and implement data-driven, popular solutions.

Before Seth's public record work at Portland Clean Air, there was no systematic or online mapped analysis of polluters across the Portland metro region. Neighbors only learned of air pollution discharges based on what they could smell, reports of failed reverse-911 phone calls, or bouts of investigative journalism.

The root cause of not regulating air quality with concern for public health was Oregon's system of unlimited political bribery in the form of big money campaign donations. Before Seth's analysis for Honest Elections, work to get campaign finance reform on the ballot, and active enforcement with official complaints and court filings, Portland's political campaigns were heavily funded by big money donors and special interests with matters before council.

POLITICS SHOULD BE ABOUT DEMOCRACY AND INFORMED BY OPEN DATA AND PUBLIC INPUT.
VOTE SETH WOOLLEY http://www.sethforportland.org/

(This information furnished by Friends of Seth for Portland.) 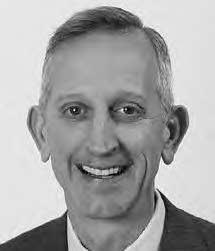 In difficult times we need proven, committed, caring leaders, with vision and a record of success creating and sustaining large complex systems. That is who I am, and I’d be honored to earn your vote.
Let’s reTHINK Portland.

Keith’s Top Priorities Include HOUSING FOR ALL AGES AND STAGES

(This information furnished by Keith for Portland.) 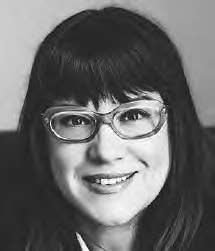 In 2016, Chloe Eudaly was motivated to run for City Council by our affordable housing crisis, and in her first term she has delivered results:

See what Commissioner Chloe Eudaly has planned for her next term at
www.VoteChloe.com/plans

(This information furnished by Chloe Eudaly.) 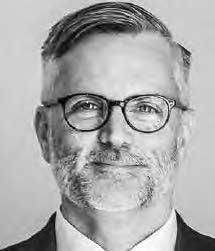 A vision for Portland’s future.  A track record of delivering it.

COVID-19 has harmed people we care about, frayed our social connections, damaged our health and financial security.

That’s why Portland needs a leader with a proven track record of getting tough stuff done during tough times. Someone tested. Someone who works relentlessly. Someone who delivers results.

Leadership when it counts

“Floods, snowstorms, riots, recessions… Sam has helped guide Portland through it all, as a strong and steady leader. We need that City Council experience now.”—Sheriff Mike Reese

“...even his toughest critics acknowledged by the end of his term that he had been an accomplished mayor.” —Willamette Week, 7/24/19

“Sam was Portland’s Mayor during the Great Recession. He fast-tracked construction projects, supported small businesses, got people back to work. We can count on him to do it again.” — Fay Burch, John Mohlis, Joe Esmonde, Fred Sanchez - labor and business leaders

“Sam made investments to help people stay in their homes. He provided more assistance to the unemployed and shelter for the houseless. Now he has a plan to help Portlanders again.” —Doreen Binder and Steve Rudman – affordable housing advocates

Fighting for all Portland families

“No one in this race has done more to support public schools. We trust Sam’s unbreakable commitment to help reopen schools and put our students and families first.” —Gwenn Sullivan, Ann Nice, Rebecca Levison — Teachers’ union past presidents

(This information furnished by Friends of Sam Adams.)