Distrust of the government, fears of deportation and struggles to communicate English make immigrant residents more vulnerable than their U.S.-born neighbors. Immigrant workers are more vulnerable to wage theft. Immigrant women in the country illegally are more likely to remain in violent relationships. And undocumented defendants are more likely to have their case play out while they sit behind bars.

The Oregon Chapter of the American Immigration Lawyers Association has a powerful cadre of dedicated and passionate attorneys.

There are plenty of other legal and immigration resources in the list we maintain at Multco Global.

Below are the highlights.

The Oregon Department of Justice's Crime Victims' Services Division convenes a statewide committee to discuss issues affecting immigrant victims of crime and maintains an updated page of resources for immigrants and their advocates.

Immigrant victims of some crimes, who agree to help law enforcement pursue a conviction, are eligible to apply for a visa to remain in the country legally. It doesn't matter whether the victim came to the U.S. through legal means or not. The program is called a U-Visa. 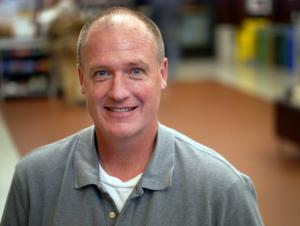 The Multnomah County Sheriffs' Office has a detective dedicated to serving immigrant victims of Crime. Keith Bickford doesn't speak a second language, but this tireless advocate is familiar with pulling in interpreters. Reach him by phone at 503-988-5117 or by email at keith.bickford@mcso.us

When a person is arrested and charged with a crime, he can often post bail and remain free while the investigation and plea negotiation play out. That is less likely to be the case for a defendant who does not have legal status on the U.S.

Regardless of a person's legal status in the country, defendants who speak a language other than English have a right to a court-certified or qualified interpreter at all stages of the criminal investigation and prosecution in Oregon.

Defense lawyers are required to tell their clients when accepting a plea could effect their immigration status and to advise their clients on how to mitigate immigration consequences. Many people might be surprised to learn the scope of charges that can lead to deportation - a crime defined as an Aggravated Felony could simply be filing a false tax return. Another example from the Immigrant Justice Network is a conviction of misdemeanor shoplifting with a one-year sentence.

The Metropolitan Public Defender launched its Padilla Project to provide criminal defense attorneys advice about how a potential conviction could affect their clients' immigration status.

The Oregon Bureau of Labor and Industries (BOLI) is a state agency that protects employees. It enforces laws on minimum wage, overtime, working conditions, child labor, farm and forest labor contracting, and wage collection. BOLI also has a Civil Rights Division. It enforces laws on equal access to jobs and protect workers from discrimination, harassment, safety violations. And it protects those seeking housing or using public facilities like buses. Complaint and claim forms are available in English and Spanish. BOLI has staff who speak Spanish, Arabic and Kurdish, and will contact an interpreter for any language requested.

Workers can also reach out to the following three nonprofit groups of layers with a multi-lingual staff familiar working on for immigrant clients:

The Portland Immigration Court is on the fifth floor at 1220 SW 3rd Ave.

Experts advise families to stay calm, learn about their rights, and prepare an emergency plan in case of deportation.

We are committed to our pursuit of a more equitable, inclusive and fair community, board says in statement Thursday

As deportations and hate crimes rise, here are local resources for immigrant residents and allies.

Do you know a victim of Notario Fraud? ¿Conoce a una víctima de fraudes de notarios?

Nonprofits, programs and government agencies stepping up to meet a need