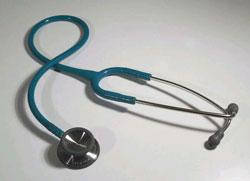 Meningococcus infection does not always cause meningitis—as many as five to 10 percent of community members carry this bacterium in their nose or throat, but less than one percent of these carriers become ill. People who become ill may get meningitis infection in the brain (encephalitis), blood bacteremia or septicemia), joints (arthritis), or lungs (pneumonia).

Meningitis can occur anytime of the year but tends to be more common in fall and winter. Oregon has a higher rate of meningococcal disease than most states but even here, it is still uncommon. Currently, about 30-60 cases occur each year in Oregon—about one to two cases for every 100,000 Oregonians.

The main symptoms of meningococcal meningitis are:

Symptoms may appear two to 10 days after exposure, but usually within five days.

Penicillin and certain related antibiotics are very effective in treating meningitis. With appropriate treatment, most patients recover without any problem.

How it is spread

Anyone can get meningococcal disease, but it is more common in infants and children. Until meningococcal bacteria are gone from the nose or throat, they may be transmitted to another person. The duration varies according to treatment used.

Preventing the spread of meningitis

Preventive treatment can lower the risk of illness if given within 14 days of exposure. Only people in very close contact with someone who is sick with meningococcal disease should be considered for preventive treatment. These include:

There is a vaccine for meningococcal meningitis, but it only protects against some of the most common strains of meningococcus. The vaccine may be recommended during outbreaks or for travel to areas where high rates of disease occur. Unfortunately, the vaccine is not effective against the types of meningococcal germs most common in Oregon(and the rest of the United States).

Ways to reduce the risk of developing meningitis

Maintain a healthful lifestyle: Eat a balanced diet, avoid excessive alcohol, get plenty of sleep and rest, and manage stress