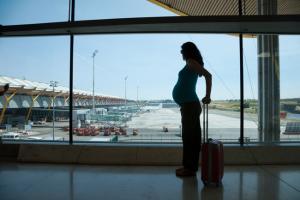 Zika virus is a type of infection that has recently spread to many countries in South and Central America, as well as certain islands in the Pacific and Atlantic oceans. Most people who get Zika have a mild illness or no illness. However, if a pregnant woman is infected it may pose a risk to her baby.

Zika virus is spread to people mainly by mosquitoes. It has been found in tropical and subtropical areas around the globe. Cases have been reported in travelers returning to the United States from these areas.

There have been no cases of Zika virus transmitted by local mosquitoes in Oregon. As of January 2017, limited local transmission has been reported in several locations in the continental United States.

The mosquitoes that can carry the Zika virus are not found in Oregon. Multnomah County Vector Control tracks all mosquito species in our area and works closely with our health officials to monitor for disease-carrying mosquitoes.

Zika virus can also be spread through sexual contact with a person who is infected with Zika.

Only about 1 in 5 people who are infected will get sick. For those who do get sick, the illness is usually mild and lasts up to a week.

If you are concerned that you may have been exposed to Zika virus, see your healthcare provider.

There is no vaccine to prevent Zika virus. If you’re traveling to an affected country, the only way to prevent Zika is to avoid getting bitten by mosquitoes and to use condoms (or other barriers) if having sex. This will also protect you against many other serious and possibly life-threatening diseases.

If you are pregnant or trying to get pregnant

Zika infection during pregnancy can cause a severe birth defect of the brain known as microcephaly, as well as other brain defects, eye defects, hearing deficits, and impaired growth.

If you are pregnant, the Centers for Disease Control and Prevention (CDC) recommends that pregnant women not travel to areas where Zika is present. If you must travel, it’s important to take all possible steps to avoid mosquito bites.

If you have a partner who has traveled to an area where there is Zika, you should either not have sex, or use condoms or other barrier protection for the duration of the pregnancy. Talk to your healthcare provider if you are pregnant and have traveled to an affected area.

If you are trying to get pregnant, you should wait at least 8 weeks after you return from an area where there is Zika before getting pregnant. If you have a male partner who also traveled, you should wait at least 6 months before getting pregnant or having sex without a condom. There is currently no evidence that past Zika virus infection poses an increased risk of birth defects for future pregnancies once the virus has been cleared from a woman’s body.

Mosquitoes that spread Zika virus bite mostly during the daytime, both outdoors and indoors. If you travel to an area with Zika, follow these steps to prevent mosquito bites:

How to prevent and control mosquitoes.

A disease spread by mosquitoes that mostly affects birds. It can also be transmitted to other animals and people.