What Works in Public Safety Conference 2017

On February 17, 2017, the What Works conference explored drug law and drug policy. Topics included health and criminal justice responses to drug addiction, impacts on communities of color, and the collateral consequences of felony convictions.

Abbey Stamp, LPSCC Director, and Deborah Kafoury, Multnomah County Chair, open the conference. The What Works Conference was a joint meeting of the Judiciary and Health Care Committees. 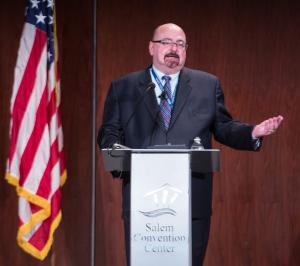 The opening session explored what we have learned about the neuroscience of addiction from cellular changes to neural circuits. These changes were discussed as some of the underlying factors responsible for substance use disorders (SUDs). The interaction of the biology, behavior and the environment was explored to understand what compels much of the behavior that is observed in people with substance use disorder. Dr. Condon reviewed what research has shown us about effective treatments for SUDs and how the blending of the public health and public safety systems can work together to address these problems.  View Dr. Tim Condon Presentation_What Works 2017 (13.77 MB)
View Video 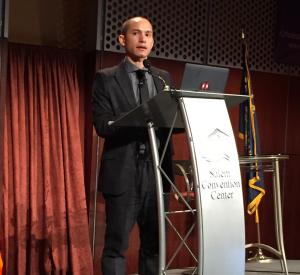 When law enforcement began trying to aggressively eradicate the drug epidemic, there was a lack of understanding about the long-term impact those actions would have on low-income and communities of color. With drug use in the 1980's and 1990's being almost equivalent in both white and black communities, almost all of the resources allocated to eliminating illegal drug trafficking were deployed to neglected and marginalized communities. This war on drugs caused mass incarceration and immeasurable levels of unaddressed generational trauma. This presentation briefly explored those impacts and how we as a country have failed to address them.​ Mr. Cumberbatch also shared his personal story of incarceration in the New York State prison system, his reentry, and his passionate advocacy for social justice.
View Video 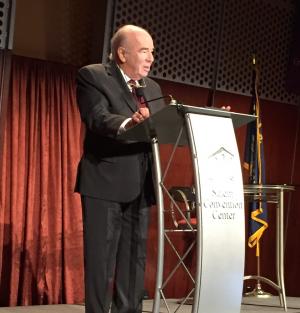 The What Works in Public Safety Conference was held January 9, 2015. The theme was Juvenile Justice: A Developmental Approach.