The Multco Align Program recently completed the Prototype phase and is now entering the Testing phase. Testing begins in February and will go through May 31. Like all of the program phases, testing holds great importance to the overall Enterprise Resource Planning (ERP) implementation. The testing approach varies for each of the systems that make up our ERP solution, but crucial to each is involvement by people who will be using the systems on a daily basis. While more than 225 county employees have been involved in the project to date, dozens more will participate in the testing phase.

Testing will be the first opportunity for a set of Finance and Human Resources users from throughout the County to try Workday and see how it functions. Testers will be able to try various workflows and business processes in the system, under safe conditions. As part of the overall learning plan, testers will have early exposure to the system to gain experience with the applications. They will then be ready to assist others during the go-live.

As part of the testing plan, more than 3,800 Financial and HR test scenarios have been identified. These scenarios cover over 220 business processes including Time Entry, Recruiting, Payroll, Financial Accounting, Security and Payables. Testing is performed in a structured environment with a predefined testing calendar and an outline of test scripts. Defects identified during testing are tracked in a central repository and managed until resolved. User Acceptance Testing is the final quality control procedure to determine whether the system is performing as expected.

After the core team members complete initial testing in mid April, Workday user testing will be conducted by staff representatives from Human Resources and Finance. Their involvement will help the core team understand how end users perform in the system and provide insight into supporting all users after the system goes live. 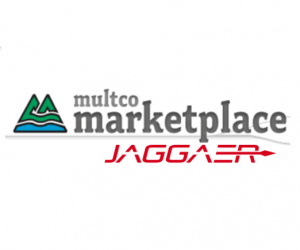 Source to Settle (Procurement and Contracts) staff are testing the new Marketplace functionality. Similar to the Workday process, Marketplace users will participate in the User Acceptance Testing (UAT) process. Using developed scripts and instructions, contract and procurement staff from across the county will work in the system to identify any gaps or issues that need to be addressed. The project team members will test multiple scenarios and exception processes to increase confidence that the system is performing as planned.

Having multiple team members across departments assist with testing will help ensure all scenarios and conditions are vetted. Additionally, through testing, team members will be learning the system even before formal training! This will increase their ability to help others learn the system when we go-live.

The core team is also preparing end-to-end test plans for all Facilities TRIRIGA modules. The testing approach for the TRIRIGA system follows the sequence of its four modules: Portfolio & Space, Operations and Lease. The majority of the testing will be performed by Facilities staff since they are the primary users. Department stakeholders will be invited to User Acceptance Testing (UAT) after the initial internal testing.

All test scripts for Portfolio & Space have been created and reviewed, along with instructional guides for each business process, and testing will begin in early February. Facilities and Property Management staff will perform user acceptance testing. Their work will include validation and test scenarios for all their business processes. They’ll also be testing integrations with drafting and design tools and uploading and updating building floor plans. The Operations & Maintenance module will begin testing in March and will follow the same standard. Module testing will wrap up with Lease in April.

The Testing phase includes full integration testing of all of the systems in our ERP solution. This end-to-end testing includes business processes that transition from one system to another as well as technical automated integrations where data is passed from one system to the other. Testing will validate that information is being accurately captured between the systems.

The Change Management Team is working with Align Change Liaisons to expand their reach by creating Department Change Teams. The Department Change Teams are a key element in the overall organizational change management plan. These teams will help define who will be impacted by business process changes and how employees will interact with the new systems. They will also help craft the best ways to communicate with and engage stakeholders. During the Testing phase communications will dramatically increase.

The Training Team is creating over 170 quick reference guides (QRGs - also known as cheat sheets) of key processes, as well as planning learning events for all functional teams that will prepare them to take on their roles in the new systems.