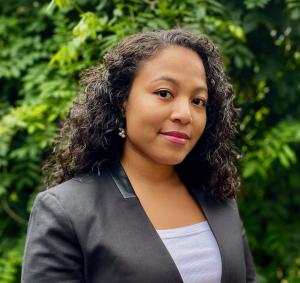 J'reyesha is a born and raised Portlander. She is a University of Portland alumni (’15), where she graduated with a degree in civil engineering. J'reyesha currently works as a design engineer and project manager for the City of Portland. She is passionate about accessibility and inclusion for communities of color, particularly in Science, Technology, Engineering and Mathematics (STEM) fields. Outside of work she is a lifelong volunteer, currently holding roles in a variety of community organizations - NAACP Environmental Justice Chair, President Elect of the National Society of Black Engineers (NSBE) Portland Professionals, Good in the Hood Planning Committee, etc. In her spare time she manages a small vintage resale business and is an artist. 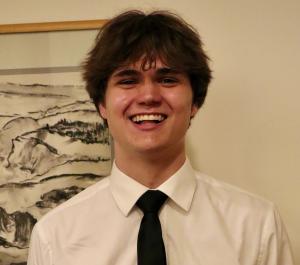 Meikelo Cabbage is an eighteen year old living in Northeast Gresham who became integrated into the county's political environment through the Multnomah Youth Commission. While he was initially involved with health and education policy, his interests have shifted to public safety and community engagement due to increased gun violence and the high-pressure 2022 election cycle. The issue he is most interested in exploring—relevant to the charter—is campaign finance.

He is honored to be serving on the Charter Review Committee and hopes to be a great steward of the responsibility the county has afforded the committee in the process of self-determination and procedural input. 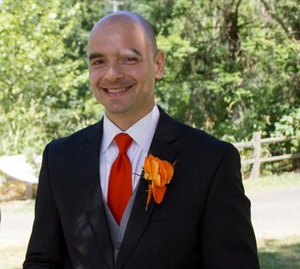 Timur is a first generation Turkish-American raised in Raleigh, NC. Timur moved to Portland about a decade ago to attend school and fell in love with all Portland has to offer. Professionally, Timur has worked in the urban transportation field for the past 10 years and works to make Portland a safer, healthier, and more equitable city.

Timur has a criminology degree from NC State University and a law degree from Lewis and Clark Law School. He lives in East Portland with his family and enjoys playing futsal, ultimate frisbee, attending Thorns games, and eating ice cream. 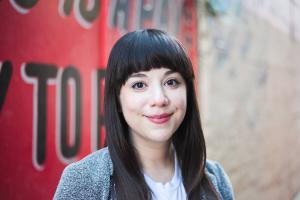 Samantha is a queer white woman committed to addressing power inequities by building representative and progressive anti-racist leadership. With a degree in community development and a background in organizational development, Samantha helps build strong, sustainable, values aligned abortion funds in her role as Organizational Development Director with the National Network of Abortion Funds (NNAF). Before joining the team at NNAF, Samantha was Executive Director of Next Up and Next Up Action Fund which builds political power with young people. In that role she helped to make voting in Oregon free by passing a bill for paid postage for ballots and launched campaigns to lower the voting age and abolish felony disenfranchisement. Samantha has also worked on legislative campaigns, in both chambers of the legislature, and regionally as board vice president for the Northwest Abortion Access Fund.

She is a NARAL Pro-Choice Oregon board member, plays bass in feminist punk bands, and takes long walks with her dog and spouse. She is based in the Buckman neighborhood of SE Portland. 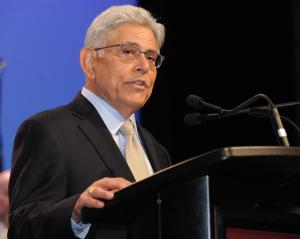 Marc Gonzales joined Clackamas County Oregon in 1984.  He served as Finance Director overseeing Facilities Management, Procurement and Fleet Services as well as all financial activity including accounting, financial reporting, budget and payroll for the County and several of its component unit agencies from January 1995 until his retirement on July 31, 2018.

A past president, past board member and Honorary Life Member of the Oregon Government Finance Officers Association, Marc was appointed to the Executive Board of the Government Finance Officers Association of the US and Canada (GFOA) in 2011.  He  served as the 2016-17 GFOA president.  As president, representing GFOA’s nearly 20,000 members, he visited regional and state finance officers associations from the Yukon Territory to Florida, and attended and spoke at conferences in Sweden and Israel.

Marc received his Bachelors degree in Business Administration/Accounting from Portland State University and his MBA from University of Oregon. A resident of the City of Portland, he has been a board member for both private businesses and non-profit entities as well. 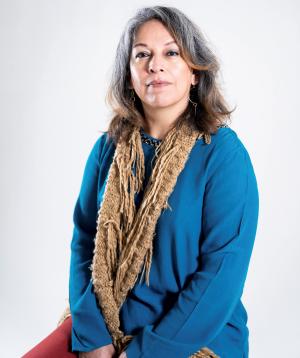 Ana works at Latino Network as the Director of Community Engagement & Leadership Development. She oversees the Academia de Lideres; Students Organizing for Leadership (SOL); and Grow Your Own—Teacher Pathway program. Ana’s professional and personal commitment revolves around serving her community to advocate for equity, inclusion, and social justice.

She is the Chair for the Reynolds School Board (2021-2022); Community Engagement Committee for the City of Fairview; Preschool For All Advisory Committee; and is on the Friendly House Board. She recently completed a second Master of Arts in Spanish Teaching. In addition, she holds an AAOT, a B.A. in History and a M.S. in Education.

Ana has been an Oregon resident since 1994. She lives in Fairview, OR with her husband and sons. In her spare time, she likes to dance, be physically active, and enjoy time with family and friends. 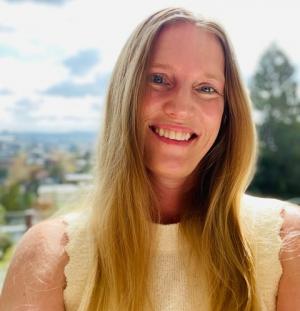 Born and raised in Sweden, Maja immigrated to the United States in 2003. Before that she lived and worked for several years as a business reporter in Chile and Brazil. With a background in journalism and government policy, Maja is now a director of the Hormel Harris Foundation with a focus on the intersection between philanthropy and politics.

A serial volunteer, Maja has served as a city and county planning commissioner, a library trustee, a zoning appeals board member as well as board chair of several philanthropic organizations. Her political campaign experience includes ballot initiatives and mayoral, city council, and state legislative races.

She lives in NW Portland with her husband, two daughters and two guinea pigs. Like a lot of Swedes, she loves coffee, crustaceans and assorted pickled fish. 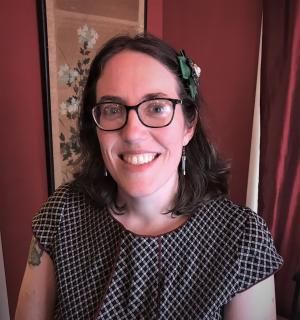 Annie Kallen has lived in Outer East Portland since 2010 and has spent most of her life in the greater Portland area. She volunteers for a variety of causes, particularly those having to do with advocacy and support for immigrants and refugees, youth in communities with need, and election reform. She chairs the board of the Equal Vote Coalition, which advocates for fair voting methods. Her passion is in giving the people of Outer East Portland (and other historically underserved parts of the region) more of a voice in policies, more access to public resources, and more opportunities to build community. She volunteered for several years at the Rockwood Library Makerspace, providing support and guidance to a diverse group of adults and teens. She received an English degree from Portland State University in 2001, and has worked for a renewable energy company for the last 15 years. In her free time she sews, hikes, does 3D design and other art, and enjoys learning new things. 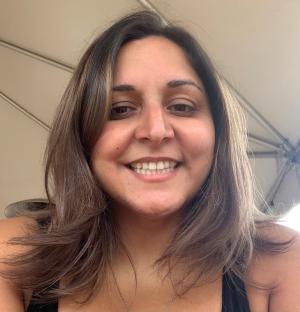 Nina is a special educator of Iranian dissent, raised in a Muslim practicing household. Originally born and raised in Merrick, NY, she moved to Southern California in adolescence and received a degree in Philosophy from San Francisco State University. She received a Master’s in Early Intervention/Early Childhood Special Education from Portland State University over 10 years ago and has served the East Multnomah County community as an educator and community organizer since July 2011.  Nina is always curious about how we can make education more inclusive and ensure that all students feel successful in school. She is a firm believer that strong learners become responsible citizens. Innovating education to best meet the needs of our diverse community is crucial for a system honoring justice for all. 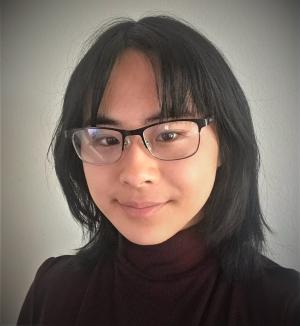 Danica is a senior at Lincoln High school and a first generation Asian-American, born and raised in Oregon. She is a fierce advocate for youth activism, education and political engagement, and has interned with non-profits like Crag Law Center and Next Up, as well as government officials like Representative Maxine Dexter on campaign work, legislative work, and advocacy with a focus on civics, racial justice, and climate justice. During the 2020 election, she launched a state-wide campaign as a co-state lead of Oregon My School Votes to register high schoolers to vote. She has served in leadership positions as a speaker coach on TEDxYouth Portland’s speaker team, a peer educator at Planned Parenthood’s Teen Council, a teacher at Mission Citizen, and policy captain on her school’s debate team.

Danica is a bubble tea fiend and loves creating recipes for new drinks and combinations. 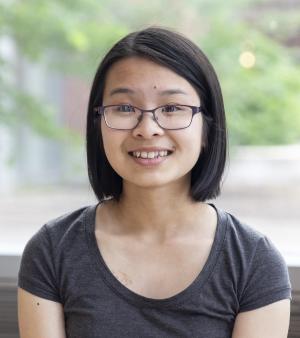 Theresa is a Vietnamese American who was born and raised in Portland, Oregon. Although she wanted to go into engineering initially, it took her immigrant parents to realize the need to change paths. Now, Theresa is a public policy major at Oregon State University, where she focuses on how research, advocacy, and engagement can help create policies that uplift communities and their future generations - especially those that have been historically underrepresented and excluded. So far, Theresa has supported student advocacy efforts at the state capitol in addition to interning for folks such as State Representative Ricki Ruiz.
As a committee member for Multnomah County, Theresa is focused on bringing needed change for our communities through the county charter. 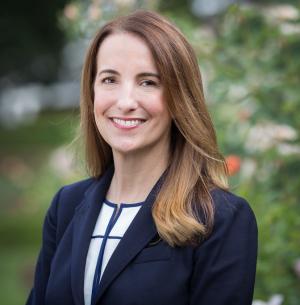 Georgina practiced family law in Oregon for well over a decade and is now a partner at Eagle Bay Advisors, an investment advisory and multi-family office firm based in New York.

Georgina and her husband, a Beaverton public school teacher, moved to Portland in 2003 and have lived in SW Portland since 2008. They have two children. Georgina currently serves on the board of trustees, chair of the Governance Committee, of Oregon Episcopal School. She has helped fundraise for several Portland non-profit organizations and has provided pro bono legal services, primarily to children in the Multnomah County Attorney Representation for Children Program.  Georgina is a regular judge in Oregon’s state mock trial competitions through Classroom Law Project.

Georgina is originally from Richmond, Virginia and received her bachelor’s degree with honors from Hollins University and her J.D. from Penn State Dickinson School of Law.  Before practicing law, Georgina worked in Washington D.C. for a federal advisory committee to the U.S. Secretary of Energy. Prior to that, she taught English to children and adults in rural Japan.

Georgina has two labs, a seriously foodie husband, and a family of avid skiers, which makes Portland the perfect home. 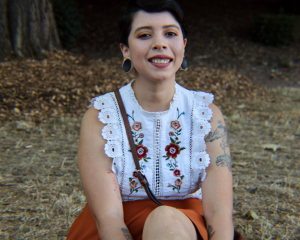 Jude is a queer, first-generation Mexican American from Houston, Texas. Their lived experiences with dealing with immigration justice, queer issues, transportation/urbanism, as well as financial and environmental justice informs Jude’s activism and line of work today. Currently, Jude is the Grants Manager at Seeding Justice, formerly MRG Foundation, an organization that practices community-led grantmaking to distribute funds to grassroots groups that are working towards long-term, systemic solutions, and community-centered strategies to dismantle oppression in Oregon. They are also on the advisory board of Comunidades, a group working with Latine communities to change infrastructures and empower people by promoting civic engagement in environmental and social justice issues in the Gorge.

When not working, Jude likes to roller skate, play video games, and dabble in the arts. They live in SE Portland with their partner, cat, dog, and many, many plants. Jude uses they/them pronouns in English and elle pronouns in Spanish. 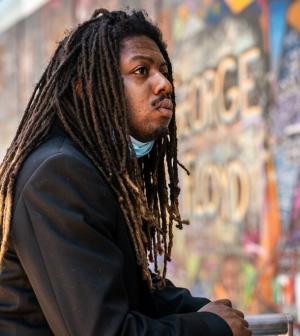 Donovan Smith is a multi-faceted creative standing on four-generations of history in the Portland metro-area. He’s a writer, artist, event producer and speaker whose practices have been focused on lifting up Black histories and futures in Oregon. His work recently appeared on the iHeart Radio series “Uprising: a Guide from Portland” where he served as a co-writer and co-host, and also has bylines in The Oregonian, Portland Monthly,  and The Skanner.

He serves as the 2nd Vice President of the Portland NAACP, where he has been working on ending Qualified Immunity for police, environmental initiatives and community engagement.

A graduate of Oregon Episcopal School, where he continues to serve on their Inclusion committee, he also attended the HBCU Fisk University in Nashville, TN.

He enjoys good music, good stories, and making an impact.