On Nov. 12, the Board of Commissioners will vote on the amended plan and whether to authorize $3.2 million for design and construction costs this year.

“This is a better move for Multnomah County, for our taxpayers, and for our employees who will be working in this building,’’ said Chair Deborah Kafoury.

The Health Department has long sought to replace its “hub’’ at 426 S. W. Stark. The county’s largest department serves 165,000 patients a year in its clinics and serves all county residents through its public health and behavioral health programs.

The plan was to build a new headquarters at Northwest Sixth and Hoyt in Old Town Chinatown. Since 2012, the Board has approved acquiring the vacant land, using tax increment financing and hiring ZGF Architects and JE Dunn Construction.

But city of Portland height restrictions capped the proposed building at six floors. At the same time, the number of primary care, HIV and other patients newly insured by the Affordable Care Act, increased the Health Department’s workload and staff. The result was a headquarters that left programs and dozens of employees off-site in leased offices.

When Chair Kafoury found the annual leases and smaller building cost more than a bigger building, she paused the project in 2014.

County staff worked with the city of Portland planners to lift the height restrictions on the block in June, 2015. The county also issued bids and hired Shiels Obletz Johnsen to provide owner’s representative and project management.

The new plan is for a nine-story building housing 500 employees. The cost, based on current material and labor costs, is estimated between $85 and $95 million.

Mark Campbell, chief financial officer, said the county anticipates using the tax increment financing, proceeds from the sale of the McCoy and borrowing between $43 and $53 million. But he said, the county has the debt capacity to support such a project.

Under the current plan, construction would begin in 2017. 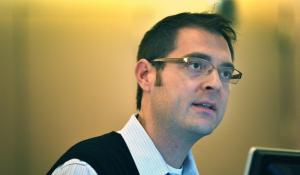 Joanne Fuller, Health Department director, said it was very exciting for the county’s largest department to be moving out of the aged McCoy Building.

“It’s marvelously cool in the winter,’’ she quipped. “quite hot in the summer and significant challenges in operating.”
Commissioners will vote on the FAC-1 amended project on Thursday, Nov. 12.