Board renames Elections Division for women leaders Duniway and Lovejoy

The Board of Commissioners, on Thursday, voted to rename the county elections building in honor of the state’s earliest advocates for women’s right to vote, Abigail Scott Duniway and Esther Pohl Lovejoy. Historians, educators and Oregon’s first female governor, Barbara Roberts, worked with the county to make the change. 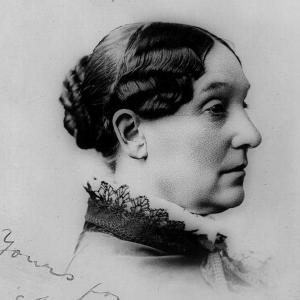 It was actually a man (and Multnomah County delegate) who, in 1857, was among the first to request the word "male" be stricken from the designation of eligible voter. The move failed, as did a succession of ballot measures that following during the next 50 years. Not a surprise, Roberts said. It was, after all, an all-male electorate.

Duniway spearheaded the state’s sufferance movement in the early 1870s. She remained undeterred by failure, and bills failed session after session, trusting the narrowing margin in legislative votes was sign of change. While preparing for the 1912 campaign, Duniway fell ill, and Dr. Esther Pohl Lovejoy stepped in. Lovejoy, the first woman to direct the Portland Board of Health, lead the movement. That fall the measure passed, and Duniway was the first woman to cast a vote. She died two years later.

Lovejoy went on to run for Congress, and then helped establish a women-led humanitarian aid program which she directed for nearly five decades.

The elections building, located at 1040 S.E. Morrison in Portland, will be named the Multnomah County Duniway-Lovejoy Elections Building.

“This is more than a symbol,” said Commissioner Loretta Smith, who proposed the change. “It’s a dedicated commitment to reaffirm these rights for community members we strive to serve every day. Our community is changing. This is an opportunity to demonstrate that we do not forget the past, and how we continue to secure those freedoms and rights for all our community.” 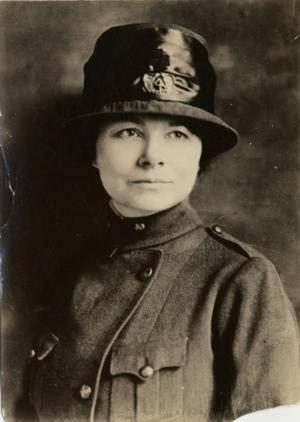 Commissioner Judy Shiprack said she spent time reading about Lovejoy, a doctor who humbly directed accolades about the suffrage movement on Duniway. Lovejoy was also 35 years younger and lived until 1967, “which really brings her into contemporary focus,” Shiprack said.

Shiprack said she was 17 when Lovejoy died and as she contemplates the end of her professional career, she wondered at just how far things have come.

“There is an extreme likelihood that in 19 days this country will elect its first woman president,” she said. “That’s a tremendous, tremendous development.”

Chair Deborah Kafoury was born the same year Lovejoy died. But she was raised by a women's advocate and political powerhouse. It was a new generation when anything seemed possible.

“As someone who grew up with t-shirts that said, ‘A woman’s place is in the House and in the Senate,’ I never thought that women couldn’t be in politics,” she said. “And I’m really happy that my daughter will grow up in a situation where she will think that nothing of wanting to be the next president of the United States.”