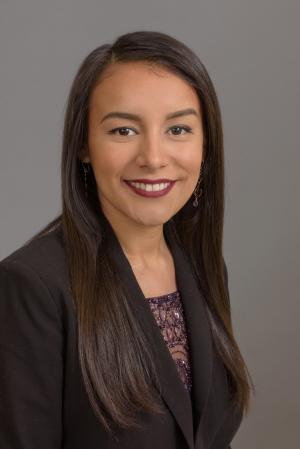 District 47 is located entirely in East Portland between Interstate 205 and Rockwood. The district is at the center of some of the greatest challenges facing Portland, including increasing traffic deaths, poverty, and racial and health disparities.

“She’s been such a strong voice and champion on immigrant rights, on women’s rights and education, said Commissioner Jessica Vega Pederson, an East Portland resident and a former representative from House District 47. “I’m really proud to support her today and to look forward to partnering with her as a neighborhood resident, as a county commissioner and a constituent in the really important and big work that we have as we’re moving forward.”

A first-generation Peruvian-American and longtime East Portland resident, Valderrama brings more than a decade of experience in policy and budget advocacy, grassroots community organizing and coalition building. Having grown up in poverty, she said she knows firsthand the experience of living paycheck to paycheck. She’s also a first-generation college student, earning a bachelor’s degree from the University of Oregon and a master’s degree from Portland State University.

“It is extremely important to me to listen to my community and believe them when they tell me we need someone who can hit the ground running in the Legislature,” Valderrama said, “who knows how to lead with the trauma-informed lens through crisis and has demonstrated time and time again a willingness to fight for our community and especially for Black, Indigenous, and people of color communities.”

The State Elections Division declared the House 47 position vacant March 15, allowing the Democratic Party of Oregon to nominate three candidates. Valderrama was among three nominees, including Adrienne Enghouse, a registered nurse and union leader, and Robin Castro, an environmental scientist who ran for Portland City Council in 2020.

The three candidates made opening statements and answered questions from each of the five county commissioners. The questions touched on a number of issues, including addressing historical inequities; advancing economic justice; and policy priorities in the Oregon State Legislature.

Commissioner Jessica Vega Pederson asked the candidates how they plan to tackle the significant issues facing the community.

“We know that our neighbors see more traffic deaths, poverty, and adverse conditions than other parts of Portland,” she said. “What sets you apart from the other candidates and makes you the best to represent house district 47 and push to solve these problems?"

As a resident of the district, Valderrama said she sees firsthand how East Portland lacks infrastructure compared to the rest of the city. As a former Portland City Hall staffer working on Vision Zero, she said she understands the challenges her community experiences.

“I have also been a mom raising my daughter, I know what it’s like to push that stroller in the mud, to be concerned about the lack of lighting and other infrastructure here,” Valderrama said. “My lived experience in poverty and my values of economic justice are so critical in this role and really important for me to prioritize in all decision-making as we’re looking at recovery.”

Valderrama outlined a list of other priorities, including affordable housing, economic justice, education and health equity, and public safety. She aims to advance a number of policies in the Oregon Legislature relating to childcare, reinvesting public safety dollars, police accountability, and addressing homelessness.

Commissioners praised each of the candidates as leaders in their community. All of them brought unique skills, talents, and firsthand experience, they said. Among all the candidates, the commissioners said Valderrama stood out for her expertise in government, nonprofit administration, and community organizing. They also noted her experience as a first-generation Latina.

“Your personal history and experience bring perspectives to the Legislature that are too often underrepresented or even entirely missing,” Commissioner Sharon Meieran said. “Your professional roles, coupled with your deep organization, civic engagement and coalition work, make you incredibly and uniquely situated to jump in and represent this district as a legislator.”

In her role, she will work closely with the Board of Commissioners to advocate for East Portland in the Oregon State Legislature. Moving forward, Chair Deborah Kafoury said she is excited to partner with Valderrama on advancing their shared agenda.

“I think that our community has gone through an extremely difficult year—not just the pandemic but the cries for racial justice, the cries for social and economic justice as well, and the way that we move forward as a community is really, really important,” Chair Kafoury said. “We have an opportunity before us to do things differently, to do things better, to be there for people who have too often been left behind and left out of the conversation.”