Chair Deborah Kafoury announced today that after a national recruitment and hiring process, she has selected Serena Cruz as Multnomah County’s next Chief Operating Officer and Director of County Management.

The Chair said she will ask the Board of Commissioners to confirm her selection at their regular Board meeting on Thursday, May 20. In addition to managing county government at the Chair’s direction, Cruz will oversee the Department of County Management’s annual budget and will supervise the Chief Financial Officer, Chief Human Resources Officer, and County Budget Director.

“Serena brings a deep understanding of the County’s operations, employees and commitment to racial justice,’’ Chair Kafoury said. “I am thrilled at the chance to bring all of her professional experience and personal warmth back to this organization.” 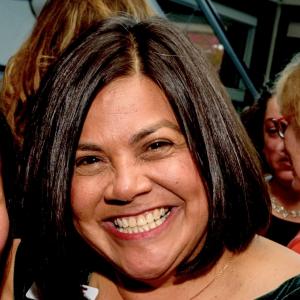 Cruz served eight years as the District 2 Multnomah County Commissioner for North and Northeast Portland, the first Latina ever elected to the Board. Most recently, she spent the last eight years as executive director of the Virginia Garcia Memorial Foundation, leading fundraising, public relations and advocacy work for one of the largest Federally Qualified Health Centers in Oregon, second in size only to Multnomah County.

As part of the Virginia Garcia leadership team during COVID-19, she helped operationalize the nonprofit’s mobile testing and vaccine rollout. She is a leading advocate for equity statewide, serving on Gov. Kate Brown’s Racial Justice Council and, specifically, on the council’s Health Equity subcommittee. The council’s charge is to center racial justice in the Governor's budget and policy decisions and develop specific plans of action in six sectors. She will continue her service in that role.

The Chair reached her decision after months of work with Karras Consulting, a diversity-focused executive recruitment firm, to find candidates with demonstrated success in strategic thinking, creative problem-solving, day-to-day administration, successful employee relations and the genuine pursuit of equity. Of 69 applicants, 62 percent were people of color and 40 percent were from outside Oregon. The County used an employee survey of desired qualities to evaluate applicants, and the final two candidates met with more than 100 County employees, including equity managers and ERG members, as part of the evaluation process.

The daughter of a Mexican immigrant mother, Cruz, first arrived in Oregon at age 4, when her parents moved to Eugene and worked picking fruit. She grew up there, becoming a high school debater at North Eugene High. While attending a speech and debate camp at Lewis & Clark College in Portland, she fell in love with the campus, the only college to which she applied. Driven by a desire to understand the feminization of poverty, she earned a bachelor’s degree in political science with a minor in economics.

After college, she worked in admissions at Lewis & Clark, and at Portland Community College Cascade as an academic advisor to women re-entering or entering the workforce. She left PCC to attend a joint graduate and law school program, earning a master’s in public policy at Harvard University and a law degree from the University of California at Berkeley.

When she returned to Oregon, she worked for Portland City Commissioner Erik Sten before running for the County Board of Commissioners.

In the years since her two terms as a Commissioner, she ran a construction and development firm and in addition to her role at Virginia Garcia, served on numerous boards, including the Oregon Historical Society and the Metro's Affordable Housing bond oversight committee, from which she resigned in January. She lives in Northeast Portland with her daughter, Esperanza, an eighth-grader at Harriet Tubman.

As COO, she is preceded by interim Peggy Brey, who retired, and former COO Marissa Madrigal.

Cruz said she wanted the opportunity because “the County is central to people’s lives in our community — in everything from housing to healthcare, libraries, family support programs to community justice work upstream. I am really excited to go from policy development to directly working with employees and community members to deliver these services to the people in our community.’’