A clinical lens in parole and probation

Kate Desmond recalls the case of a young man she calls Michael.

“He never knew his dad and wasn’t willing to talk about it,” says Desmond, a manager with the Multnomah County Department of Community Justice. “His relationship with his mother was strained, too.”

School was also a problem for Michael. He started using drugs in middle school. He was suspended and expelled multiple times for fighting.

At 14, he ran away from home and was caught by authorities. It was the first in a succession of runaways.

His first time facing serious criminal charges happened at age 17. After serving time in juvenile detention for Measure 11 charges, he was placed on adult probation.

But Desmond is convinced there’s more to Michael’s story than a list of run-ins with the justice system. And a federally funded pilot project that helps parole and probation officers better understand how trauma can affect young person’s brain could be a key for learning more.

“If you think about it, Michael exhibits all the signs of someone who has experienced trauma," Desmond says. “We don’t know what it is. He is heavily guarded but as his relationship develops with his parole and probation officer, we are able to begin to understand. We are much more educated about trauma, brain-development and cultural competence.”

Today, Michael is supervised by a parole and probation officer with Multnomah County’s Smart Supervision Project (MCSSP). The pilot project incorporates trauma-informed care in the supervision of high-risk young adults who are 15 to 25 years old. Desmond leads the MCSSP team, which is receiving graduate-level training in trauma-informed care.

For parole and probation officers, trauma-informed care builds on case management models the Department of Community Justice already uses, including: criminal psychology and risk/needs-based models for people on parole or probation. But it goes a step further by engaging a person in meaningful interactions and environments.

Officers are trained to empathize with a person’s challenges, identify options when plans or resources fall through, and genuinely embrace a “spirit of hope” for each person.

Trauma-informed care isn’t new in the clinical world. But it’s only now beginning to shape criminal justice, particularly work with young adults who experience major changes in the brain and intensity of emotion.

Moreland-Capuia, a psychiatrist who’s worked in the practice of trauma-informed care for more than eight years, lights up when asked about the science behind brain development. 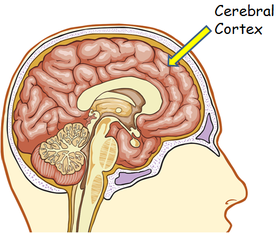 Photo courtesy: The Brain Made Simple

“As soon as sperm hits the egg, brain development has begun,” she explains. “What I’ve told my team is we need to be thinking about how the brain develops.”

The brain develops from the bottom up and inside out, with a natural proclivity for survival, Moreland-Capuia says.

While the survival portions of the brain are strong through adolescence, the cortex – which is responsible for higher thought processes, including speech and decision-making – is still developing through early adulthood. During vital periods of brain development, from adolescence into someone’s late 20s, the brain sheds synapses that aren’t being used, effectively shaping the adult mind.

“It’s like a wheel and things like trauma, alcohol and drugs are cogs in the wheel that can impact the development, cognition, IQ, impulsivity,” says Moreland-Capuia.

According to a 2014 Office of Juvenile Justice Delinquency Prevention report, a sample of more than 62,000 juvenile offenders, only 2.8 percent reported having no adverse childhood experiences (ACE), compared to 36 percent of youth who weren’t involved in the justice system. Childhood trauma not only increases the chances of involvement in the juvenile justice system, but it also increases the risk of re-offense.

The result is a system that cycles young adults and people of color in and out of incarceration.

“What we know is what we have done has not worked,” says Moreland-Capuia. “I’m training them (parole and probation officers/juvenile court counselors) to operate with a clinical lens, which allows them to recognize and refer earlier, often and appropriately. We’re asking people to better understand the way that the brain works in terms of trauma and substance use to better manage expectation and get better outcomes.” 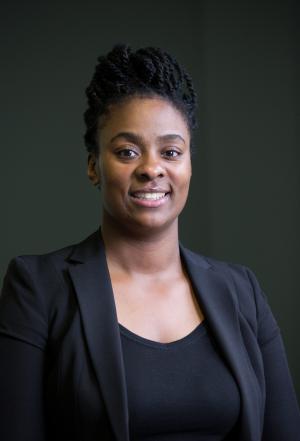 The settings where officers hold meetings have changed aesthetically, and conversations are geared toward connectivity.

“Our parole and probation officers have essentially slowed down,” says Desmond, “and are really seeking understanding.”

In a recent exchange between a parole officer and a young man overcome by anxiety – his parole and probation officer asked him to practice a minute-long mindfulness exercise by focusing on a colorful object on a table.

“We never would have done that before,” Desmond says. “It can be for scents, objects, music. And he asked the young adult, ‘Did that help?’ And he said, ‘yes.’ There’s research behind mindfulness. We’re teaching them a tool that they can use.”

MCSSP has been in place for just over a year. So far, it’s showing early but encouraging signs of success. Officers report that more people on supervision have reached goals and have hope in their future.

“I’ve seen people stay off drugs, get jobs, hold jobs. I’ve even seen some people who stop showing up to the emergency department for care and stay out of the legal system,” says Moreland-Capuia.

He remains distant but has slowly warmed up to his probation officer.

He regularly reports in, says Desmond, when he didn’t before. He didn’t have any positive influences and his interactions with his parole and probation officer were sparse.

In April he got a job – the first that’s lasted for more than a week.

“We’ve worked with him for over a year now. He has a desire to make you proud,” Desmond says. “To me that comes from a place where he never got this kind of attention.”