Tyler Chism knew the streets weren’t safe. He knew because he had been sleeping on them ever since he began bouncing in-and-out of the adult foster care homes where he was sent to live at 18, to help manage his pervasive developmental disabilities. 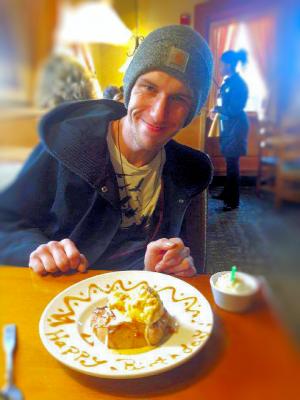 Tyler Chism on his last birthday before he was killed in October, 2018

He stopped taking his medication or going to counseling about when he turned 25. But as the rains began in the fall of 2018, he called his father asking to come home.

“He was feeling desperate to find housing. He knew winter was coming,” said his father, Mark Chism. “There’s nothing a parent can do but identify ways of being supportive. But that couldn’t include having him come live with us. We considered that.”

Instead, he offered to reconnect Tyler to his caseworker at the Oregon Department of Human Services for placement in a new foster care home.

That was the last time he heard from Tyler.

Early in the morning of Oct. 25, 2018, Tyler and his girlfriend were walking past the Lan Su Chinese Garden, carrying their belongings. They were arguing, which drew the attention of a man standing nearby. That man allegedly drew a sword from a walking cane and stabbed Tyler through the chest, puncturing his lungs, liver and aorta.

Among them was a young Street Roots vendor strangled in the back of a 2004 Pontiac Montana van, her body discovered days later in a tow lot.

Among them was a mentally ill middle-aged man who was shot during an altercation with a tattoo parlor owner in a strip mall parking lot.

And among them was a senior citizen, one of two people allegedly shot at random one November night by a convicted felon.

“We’ve long said that homeless folks are much more likely to be the victims of crime than the perpetrators of crime,” said Megan Husting, executive director of the National Coalition for the Homeless. “It’s not just the numbers that have come out of your county.”

The coalition has teamed up with the National Healthcare for the Homeless Council and local governments across the country to better track and understand deaths among people experiencing homelessness. Few governments know the housing status of people who die. 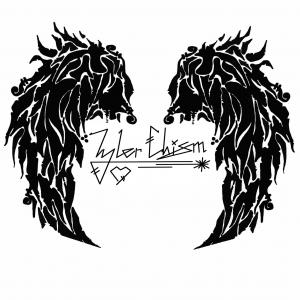 “We don’t want folks to disappear without recognition,” Husting said. “It’s a common misconception that there are crazy people on the streets are making our lives dangerous. When you’re homeless, you are in an extremely vulnerable position.”

Matthew Jacobsen, an acting sergeant for the Portland Police Bureau’s Neighborhood Response Team, said the bureau doesn’t track victims’ housing status when investigating crimes. But he agreed with advocates that people experiencing homelessness are more likely to be victimized. He said the factors that people might assume would make someone dangerous — an addiction or mental illness — are what makes them more vulnerable to violent crime.

“In my experience, mental health issues and drug use can be very high,” he said. “Those factors can put people in dangerous situations and make them vulnerable to a variety of crimes.”

Tyler Chism’s murder was a traumatic end to a traumatic life. Tyler had already been through trauma when Mark and Heather Chism adopted him at age 2. The family tried to offer him a stable life; he was a Cub Scout and Boy Scout, and played hockey and soccer. He picked up the guitar and discovered a talent for drawing.

But he expressed behavioral problems so severe that no counselor or psychiatrist could settle him. The Chisms had no choice but to place Tyler into state residential treatment at age 13.

For the next 15 years, they were his advocates, as he continued his education and moved foster care home to foster care home. They celebrated birthdays and holidays and still recall the day he graduated from the Serendipity School.

“It was a big celebration. He was so proud,” Mark Chism recalls. “He was indeed.”

Whenever Tyler was asked to leave a foster care home, or whenever he chose to leave, his parents would reconnect him to a caseworker for placement somewhere else. And they drove in from the Oregon coast to see Tyler whenever he asked.

“It was always very short,” Mark Chism said. “He would get ahold of us when he needed or wanted something.”

The exchanges left the Chisms frustrated and sad. Tyler was an adult, and at some point he had to figure things out for himself. Mark and Tyler had some hard conversations over the summer of 2018, about choices, about housing and about the extent that his parents could help.

“There’s nothing we can do,” Heather Chism said. “Even if we follow the process and see the person in jail, it doesn’t bring Tyler back and it doesn’t give us a chance to make things right.”

“Those regrets are permanent,” Mark Chism said. “Regret doesn’t rule my life. It’s just there and it’s part of things. It will probably always be there. A permanent fixture, and there’s no remedy for it.”

Methamphetamine overdoses on the rise; while homicide takes the lives of 10