“I don’t mind talking about Amber, but it makes me cry,” Laurie Bushnell’s voice broke, and she was quiet. 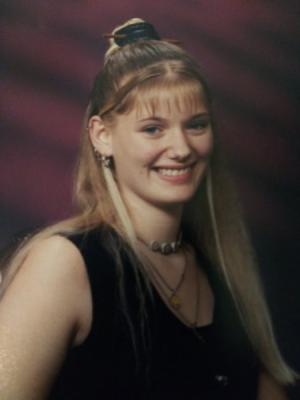 Amber Coughtry had so many friends, her mother said. She never had a bad word to say about anyone.

Then she sucked in a breath and went on.

“She had so many friends, from the time she was born. She was so willing to talk to everybody. To be nice to everyone. She didn’t have a bad thing to say about anybody,” she said of her daughter.

Amber Coughtry grew up in Lynnwood, Wash. She loved to roller skate and spent evenings at the rink with friends. Every once in a while, her parents would take her to a concert; the highlight of her youth was seeing Madonna. She excelled in school until she was 16, when her grades started to slip.

Her parents and a caring teacher encouraged her to get back on course, and Amber buckled down, finishing her final two years of school in a single year.

By her early 20s, she had a little girl, a duplex and a good-paying job. But Amber’s mom could see some troubling changes, too. At first, she thought it was just marijuana.

Then came a cascade of unfortunate events. In her late 20s, Amber lost her job and let her car insurance lapse. Then she got in an accident, and the driver of the other car filed suit. She had no money to take, and then her license was revoked. She couldn’t afford the duplex, but qualified for an affordable housing unit. By then she had three little ones to care for.

“That’s when things started getting worse for her. I had no idea how bad,” Laurie said. “She always thought things would get better. Well, things didn’t get better. She loses the apartment and comes and lives here. She knew she always had a place here.”

“I don’t know when it started, but she started struggling with depression,” Laurie said. “She just, it was like she was giving up.” 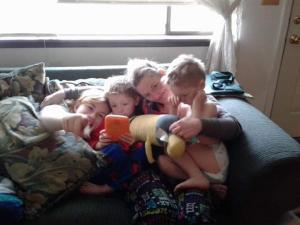 Amber Coughtry with her kids.

Amber lost custody of her kids. At the same time, she reconnected with a high school classmate, Billy Lewnes. Neither had a job, and soon they landed on the streets. They left for Portland in 2018 in part to be closer to Billy’s mom.

“You can always come back. You always have a place here,” Laurie told her daughter.

The last time they spoke, Amber and Billy called from Astoria, where they were vacationing with Billy’s mom in a hotel. Amber talked about how much she was enjoying the small luxury of a shower. As Laurie and Amber always did before hanging up the phone, they each said, “I love you.”

Amber and Billy were sleeping in their car, avoiding busy areas and established camps. The evening was warm and dry Sept. 28, 2020, when Amber and Billy pulled into a gravel lot next to Force Lake at the Heron Lakes Golf Club.

Police don’t know exactly what happened in that lot, or when. But sometime during the night, the couple was gunned down.

Laurie found out when a local officer knocked on her door. It didn’t make any sense, she thought. Amber was so easygoing, she would have given someone anything they wanted.

“I don’t think either one was worried about violence. She never said she felt like they were in danger,” Laurie said. “You know, as a mom, you think about it. When we took a long drive, we all slept in the car. We'd take a little nap. You just don’t think that’s going to happen.”