They thought they were injecting heroin that night, as his girlfriend later told police. But as soon as the drug entered Andrew Howard’s vein, he turned to her. “Something's not right,” the 29-year-old said.

They didn’t know the drug was laced with fentanyl.

Andrew vomited and collapsed on the hotel room floor. His girlfriend administered nasal Narcan, a drug that can reverse an opioid overdose, and dialed 9-1-1. Responding paramedics tried for 20 minutes to revive Andrew. They pronounced him dead at 11:20 p.m.

Andrew Howard was raised in Portland and Vancouver, where he split time between divorced parents before moving in full-time with his father, Lance. Andrew played basketball and football, liked video games — especially Final Fantasy — and loved girls. 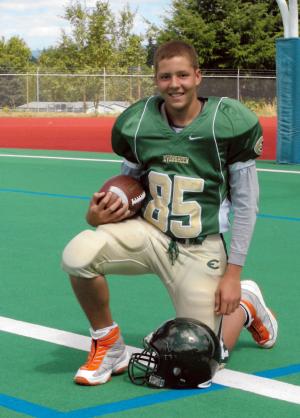 As a teenager Andrew Howard had loved football, video games and girls. He died May 22, 2020 from the combined effects of methamphetamines and fentanyl.

“We used to make fun of him,” his father said and chuckled. “He was always trying to date someone.”

Andrew had a small circle of close friends and he counted his family among them. “He was just very sweet. He was such a big part of our lives. Always smiling,” Lance said. “He would come sit by me, even when he was older. He was very affectionate.”

Andrew was smart — not street smart, his dad said — but book smart. Math smart. Andrew could do calculus in his head. But when he thought about a chosen profession, he was drawn toward healing. He wanted to be a massage therapist.

But he veered off course from those goals after leaving high school. He moved in with his mom without any firm plan of what to do next. Andrew didn’t see his father so often anymore. Not until Andrew’s mother, Lance’s ex-wife, called one day.

“Come and get your son,” she told Lance. Lance showed up at their apartment and was stunned when he saw Andrew.

“I didn’t know that he had any kind of drug addiction until she called me,” Lance said. “He was in his room, it was a total disaster. I didn’t recognize him.”

Andrew entered a residential treatment program, the first he would try in the ensuing decade. And the rest of his story would unfold, Lance said, through a series of family counseling sessions they would attend each time he got clean.

He said he fell in love with someone. At first he didn’t know she had a drug addiction. Lance remembers Andrew saying, “I don’t know how to help her.”

“I begged him, ‘Don’t mess with that stuff,’” Lance said.

After that, Andrew fell back into using again, mostly heroin, but also methamphetamines. Part of his use was to numb a feeling of failure, that he had let his father down, Andrew said in one counseling session.

He was arrested in 2014 for robbing a Plaid Pantry. A judge granted him probation on the condition he would seek treatment and refrain from using drugs or alcohol. He would violate those conditions again and again over the next five years. 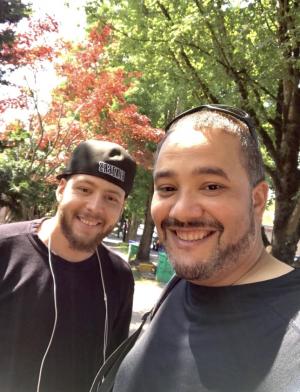 “He had so much help. He could have gone to prison for five years. Instead he had a chance to go into treatment,” Lance said. “We’re in court crying, thinking our kid’s going to prison. But the addiction is so powerful, especially when you’re in it. All you can think about is how to feed that hunger inside you. To come out of it is a monumental effort.”

And Andrew did come out of it. The last time Andrew tried residential treatment, he graduated with six months sobriety and moved home with his dad. His frame filled out. His face was full of color and clear. He landed a job and spent his free time playing softball with other people in sobriety.

“I’m never going to do that again,” he told his dad, saying he was done with drugs. But he wasn’t done with his girlfriend, and that tie to addiction quickly pulled him back in — this time for the last time.

Lance had to ask him to leave. “He was 29 years old. There was nothing I could do, other than try and be there for him, but I couldn’t have someone in my house doing drugs.”

The last conversation they had was in early May 2020.

“I'm really worried about you,” Lance told his son. “You were doing so well. I don’t understand.”

“I’m trying to get my life together,” Andrew promised. But Lance was scared, more scared for his son than he had ever been. His last words to his son still haunt him.

“I don’t want to get a call that you’ve died on a hotel bathroom floor,” he said.