Multnomah County, Oregon, October 4, 2017 – The John D. And Catherine T. MacArthur Foundation today announced a $2 million grant to Multnomah County to continue building on efforts to reform the local criminal justice system and safely reduce Multnomah County’s jail population. The grant is part of the Safety and Justice Challenge, a more than $100 million national initiative to reduce over-incarceration by changing the way America thinks about and uses jails. 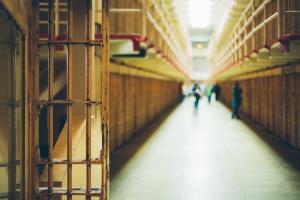 The Safety and Justice Challenge is supporting initiatives in Multnomah County and across the country that are determined to tackle one of the greatest drivers of over-incarceration in America – the misuse and overuse of jails. The County was first selected to join the collaborative Safety and Justice Challenge Network in 2015, after a highly competitive selection process that drew applications from nearly 200 jurisdictions in 45 states and territories. Today, Multnomah County is one of eight counties selected for additional funding based on the promise and progress of work to date. The counties join ten other Challenge jurisdictions already receiving deep investment from the Foundation to implement local reform, and 20 sites receiving support for a single innovative project or program. This new round of funding will provide Multnomah County and its Local Public Safety Coordinating Council (LPSCC) with additional support and expert technical assistance to implement strategies that address the main drivers of local jail incarceration, including unfair and ineffective practices that take a particularly heavy toll on people of color, low-income communities, and people with mental health and substance abuse issues.

“The overarching goal of our work is to eliminate unnecessary incarceration, and our participation in the Safety and Justice Challenge has been crucial in helping us make headway toward this goal,” said Deborah Kafoury, chair of the board of commissioners for Multnomah County. “The additional support will help us continue this work, while also pushing our justice reform efforts further, including developing a robust program for women grappling with mental health challenges to offer them the cultural, gender-specific, and trauma-informed services they need.” 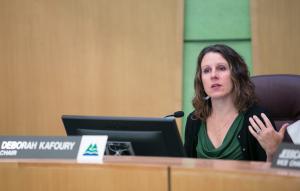 Key strategies and initiatives to achieve this goal and create a safer, more effective system include:

While the County has reduced the jail population by 42 percent over the past 18 years, there is still an over-reliance on incarceration for low-risk, nonviolent offenders. If fully implemented, the strategies could result in a 14.5 percent reduction of average daily jail population over the course of the next two years.

“These strategies will touch all points of the system and are a result of a unique and highly collaborative public safety partnership in Multnomah County,” said Sheriff Mike Reese. “As with every decision made that impacts the public safety system, we're committed to evaluating the data to help ensure that we're making the right choices to hold offenders accountable and keep our community safe.”

Two years after its public launch, the Challenge Network has grown into a collaborative of 40 counties, cities, and states modeling and inspiring reforms to create fairer, more effective local justice systems across the country. The jurisdictions involved with the Challenge are already yielding promising initial results toward reducing jail populations and expanding alternatives to incarceration, and by 2019, the cities, counties, and states supported by the Challenge aim to have reduced local jail populations by 18 to 30 percent.

“We are encouraged by the promise of the Network’s results to date, and the long-term benefits that reforms will yield for individuals, families, and communities,” said Laurie Garduque, Director for Justice Reform for the Foundation. “Leaders from these jurisdictions are proving that everyone benefits when local justice systems are made to be fairer, to responsibly steward taxpayer dollars, and to safely improve outcomes for families and communities. Given the promise of these efforts, other local leaders should take notice of the solutions being piloted by the cities, counties, and states supported by the Challenge and begin rethinking jails in their own jurisdictions.”

Several of the nation's leading criminal justice organizations will continue to provide technical assistance and counsel to Multnomah County, its partners, and the other jurisdictions involved in the Challenge: the Center for Court Innovation, the Institute for State and Local Governance at the City University of New York, the Justice Management Institute, Justice System Partners, the Pretrial Justice Institute, the Vera Institute of Justice, Policy Research, Inc., and the W. Haywood Burns Institute.

More information about the work underway in Multnomah County can be found on the Local Public Safety Coordinating Council website as well as on www.SafetyandJusticeChallenge.org.

About the MacArthur Foundation

The John D. and Catherine T. MacArthur Foundation supports creative people, effective institutions, and influential networks building a more just, verdant, and peaceful world. MacArthur is placing a few big bets that truly significant progress is possible on some of the world’s most pressing social challenges, including over-incarceration, global climate change, nuclear risk, and significantly increasing financial capital for the social sector. In addition to the MacArthur Fellows Program, the Foundation continues its historic commitments to the role of journalism in a responsible and responsive democracy, as well as the strength and vitality of our headquarters city, Chicago. More information about the Foundation’s criminal justice reform work can be found at www.macfound.org/criminaljustice.

The 12 strategies are aimed at eliminating unnecessary incarceration which takes a particularly heavy toll on people of color, low-income communities, and people with mental health and substance abuse