The Multnomah County Health Department’s annual review of homeless deaths has found that during calendar year 2020, at least 126 people died without a home of their own. The number of deaths counted in 2020 is the highest since Multnomah County began its analysis.

Harold Major died Nov. 7, 2020; his sister Crystal lit candles at the intersection where he died
However, the proportion of deaths occurring in homeless individuals has remained steady, averaging about 9 percent of all the deaths investigated by the Medical Examiner.

View and download a copy of the report here.

Each year Multnomah County undertakes this report in partnership with Street Roots to determine the number, characteristics and causes of homeless deaths in Multnomah County. “Domicile Unknown” is intended to help the public, elected officials and social service providers identify resources and policies that can save lives.

Since the Multnomah County Health Department and Medical Examiner began tracking deaths among people who were homeless in 2011, at least 766 people have died. The average age of people who died while experiencing homelessness in 2020 was 46; more than three decades younger than the average person in the U.S.

Direct policy changes driven by the data and stories in this report include urgent actions to address opioid use, from safer prescribing practices to the dramatically broadening of naloxone distribution. The report has also guided efforts by the County and Joint Office of Homeless Services to more than double shelter capacity and provide beds when and where they’re needed most — especially during extreme weather. The County has also added hundreds of  supportive housing units, an intervention that pairs housing assistance with services such as addiction treatment and behavioral healthcare.

“Domicile Unknown has repeatedly served as a force for change,” Multnomah County Chair Deborah Kafoury, who first sponsored the report, said Wednesday. “The analyses have driven many of the County’s, and even the state’s, policy directions and advocacy around the life-and-death challenges people experiencing homelessness face. Each heart-rending story of someone our community lost has clarified what’s at stake.”

No deaths identified as part of this report resulted from complications of COVID-19, although death investigators routinely test for COVID-19 if the person had symptoms of illness in the days before their death.

COVID-19 deaths may also have been undercounted. Deaths in which an individual was hospitalized for 24 hours or longer prior to a natural death are not investigated by the Medical Examiner, and routine COVID-19 testing through health care was limited early in the pandemic. The timing of the winter COVID-19 surge late in the year may have resulted in deaths in early 2021. These will be detailed in the 2021 report. 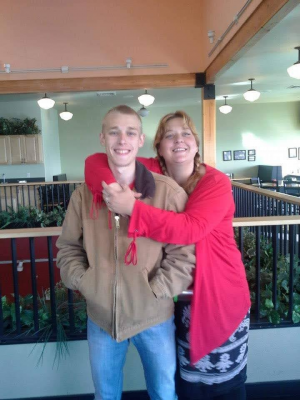 In fact, drug use was noted in the cases of nearly 90 percent of people who died while experiencing homelessness in 2020.

Methamphetamines cause or contributed to 62 deaths — just less than half of all deaths and nearly 80% of all deaths involving substances. That’s the highest total number and highest percentage of total cases since Domicile Unknown was first published. Meanwhile opioids contributed to 41% of deaths, an increase over 2019, but lower than previous years.

Among those who died from the effects of methamphetamines was 26-year-old Christopher Madson-Yamasaki. The young man had battled addiction and mental illness since his teens; it was a combination that left him struggling to stay housed. He was evicted from sober housing for untreated schizophrenia and kicked out of behavioral health programs for drug use. Supportive housing, which the County is continuing to expand dramatically thanks to funds from the Supportive Housing Services Measure approved last year, works to address both of those issues together.

Eight people were killed in homicides. And six of those homicides were carried out with a firearm, the highest percentage in at least three years for which data was published. That tracks with an overall local increase in gun violence in 2020, when shooting incidents reported to Portland Police increased 130%, from 388 in 2019 to 891 in 2020.

Harold Major was sitting in his tent near the intersection on Powell Boulevard and SE 33rd Avenue when a stray bullet killed him. Two days before his death on Nov. 7, 2020, he told his big sister, Crystal Major, he was about ready to get off the streets and seek help for his addiction to drugs.

The shooter still hasn’t been found, and Crystal said they may never find out who did it. But she set aside some of Harold's ashes just in case, for his killer.

Nearly half of all deaths occurred in outdoor public spaces such as parks, sidewalks or encampments. Among the 62 people who died outdoors, 31 deaths were accidental, 21 were natural, four were homicides, two were suicides, and four were undetermined.

Amber Coughtry and her friend Billy were gunned down as they slept in their car, near Heron Lakes on Sept. 29, 2020.

Deaths were roughly split between the seasons, with about half of all deaths occurring during the warmer months of April through September. Hypothermia was listed as a cause or contributing factor in three deaths during the colder months of October through March.

Among those who died of hypothermia was 39-year-old Ryan Homsley.

Homsley was discharged from a hospital Nov. 6, 2020, and spent the wet cold night wandering the hospital grounds. He collapsed the following morning in a ditch near the emergency room. A construction worker flagged down an ambulance, but it was too late. Homsley, his clothes soaked, died from a combination of methamphetamines and hypothermia.

Homsley had struggled for decades with poorly treated diabetes and an addiction to opioids. For a time, he was better known to the public as the Where’s Waldo Bandit, making headlines for holding up banks and promptly being caught.

“I did love him. And It’s sad. But also frustrating,” Noah Homsley said of his brother’s life and death. Noah and his sister Kelly O’Dowd had tried to help their brother for years. But the relationships were strained; Homsley struggled to stay sober.

But neither sibling knew Homsley had started using meth. The drug is increasingly strong, cheap and available. Unlike with opioids, there is no drug to reverse an overdose or ease the effects of withdrawal. But Noah considered meth’s ability to help keep a person alert and safe on the streets.

“If you were sleeping at a bus terminal, would you want to go to sleep?” he asked.

Chair Kafoury said the report comes amid a sea change in supportive services.

“This report tells us we can’t arrest, or sweep or warehouse our way to saving lives. Too many of the victims documented in this report died because they needed something more than that,’’ Chair Kafoury said. “ They needed housing, along with the relationships and support to help them heal, recover and move forward.

“That’s why I’m thankful that voters gave us the money to significantly expand supportive housing, with new entry points to staff,  services and the resources people can access right now. Every touchpoint is a chance to connect to incredible frontline workers and to create the relationships that we all need to get through our worst times.

“People make the difference for other people. And that’s what gives me hope.’’

When a construction worker spotted him, Ryan was stumbling. After he collapsed into a muddy ditch and stopped moving, the worker flagged down an ambulance. But it was too late.

Bowen left behind three children, an ex-wife and two adoptive parents who loved him. He was 46

They thought they were injecting heroin that night, but they didn't know the drug was laced with fentanyl

Harold was one of eight people killed in a homicide while experiencing homelessness in 2020, and one of six people killed by guns.

Amber Coughtry grew up in Lynnwood, Wash. She loved to roller skate and spent evenings at the rink with friends. She was killed, along with her friend, as they slept in their car.