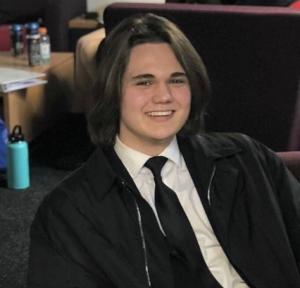 Why did you join the MYC?

The Multnomah Youth Commission provides a critical space for youth to engage with the structures that influence their community. For me personally, I was looking for a place to become more involved with the issues at the heart of our community; the MYC gave me that outlet. Through collaborating with governments in Multnomah county and non-profit groups throughout Oregon, the MYC has exercised and strengthened my ability to communicate valuable ideas to leaders, granted me an understanding of the operations and interests of organizations, and taught me hard lessons about persuasion and efficacy.

What three words best describe you?

My mother: Her endless dedication and unshakable commitment to providing a stable environment to raise her kids is beyond inspirational.

What is an issue/movement that is important to you?

One of the most critical and timely issues facing the Portland Metro area has been the incredible surge in shootings and gun violence in the past year. We remain on track to break a record number of shootings, approaching numbers not seen since 1995. This issue is incredibly important to me because many of the people involved—victims, perpetrators, witnesses—are young people. I think that there is a lot of insight to be gained from understanding the factors in a young person's life that would push someone toward violence, and on the other side of that coin, what changes would need to be made in a youth's life to make them more conducive toward social success. This is also an important issue because it goes relatively unaddressed. While there has been increased intergovernmental coordination between local public safety bodies and state and federal law enforcement, there has been no major action from any government body to immediately deter the violence in our community. There remain huge staffing and funding concerns facing the PPB after budget cuts, the elimination of a gang task force, and an exodus of officers in the past year. While there may be limited space for youth voice on this issue, it is critical to work toward a more concrete solution rather than write off the issue as transient by attributing it to the pandemic.

If you could eat one food for the rest of your life what would it be?