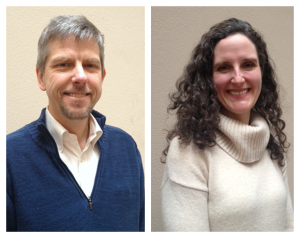 On Monday, Feb. 3, Dr. Paul Lewis took over as interim Multnomah County Health Officer. Lewis, a pediatrician and infectious disease specialist, has worked extensively as a public health officer in the Portland-metro area.

The Tri-County Health Officer Program is based in Multnomah County and serves all three Portland metro area county health departments. The health officers provide medical and public health support internally to each county and to numerous other partners including other public agencies, school districts, hospitals and long-term care facilities. Their work includes helping manage individual cases of illness and addressing health threats to the community. Finally, they support changes to address the social determinants of health. They are particularly interested in understanding and addressing the root causes of poor health using scientific methods and evidence-based practices.

Lewis previously worked as a Public Health Physician for the state of Oregon and since 2008 as a county health officer. He will continue in his current position as Clackamas County Health Officer while taking on his new roles in Multnomah County including regional health transformation, Emergency Medical Services, and providing support for the county’s Medical Director and Health Department director.

Lewis is married and lives with his wife, three school-aged children, two kittens, a dog, fish and a bunny in southeast Portland where he volunteers as a youth soccer coach and classroom helper.

Vines has worked as a health officer in several counties in the Portland area and Southwest Washington since 2007. She trained at OHSU and is board-certified in family medicine and preventive medicine. She graduated from Brown University School of Medicine and earned a Master in Public Health from Portland State in Health Management and Policy.

In addition, to doing part-time primary care, most recently at one of the Multnomah County safety net clinics in downtown Portland, Vines oversees Multnomah County’s work in tuberculosis, women's and infant health, and health behavior as it relates to chronic disease prevention.

Vines, who has an undergraduate degree in romance languages from Dartmouth College, is fluent in Spanish. She lives in Northeast Portland with her husband and young son, their two dogs and one cat.