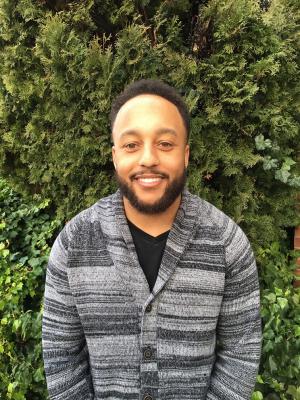 He returned to Portland with the desire to use his skills and connections to become a positive figure and advocate within the Black community in Portland.

Taylor worked in the nonprofit world for United Way of the Columbia-Willamette as a community account manager for their fall campaign, and then as a publicist on Sharon Maxwell’s campaign for Multnomah County Commissioner.

In his most recent position as communications coordinator for Health Share of Oregon, he was responsible for targeted health campaigns to get people to prioritize their health and use health care and safety net resources. It was there he saw first-hand the impact integrated health care systems can make in ending detriments to health for minority groups.

Taylor is active in the community and serves on the City of Portland’s Code Change Committee 3.96 and Committee on Community-Engaged Policing. Youth mentorship is a big part of his life.

See who's leading REACH at Multnomah County and why this work is so important to them.