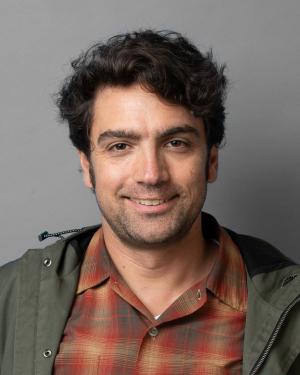 Under John’s leadership, the Office of Sustainability has updated the joint City of Portland and Multnomah County Climate Action Plan, launched a clean energy finance program called PropertyFit Oregon, advocated for stronger air quality regulations, and worked with the Board of County Commissioners to set the ambitious goal of transitioning the County to 100% renewable energy by 2050.

Prior to John’s current role as Director, he served as a Senior Policy Analyst and Resource Conservation Coordinator for Multnomah County. John has also worked as a watershed planner for the City of Washington DC, and cleaning and greening community gardens in underserved neighborhoods in New York City with the New York Restoration Project.

He earned his Bachelor of Science from Fordham University and a Master of Public Administration from American University.

John, his partner, Lara, and their toddler live in Northeast Portland. John and Lara are both active members of their community. John has served on the advisory board for the Cully Boulevard Alliance, a neighborhood prosperity project, and former treasurer for the Cully Neighborhood Association.

The best solution to environmental problems is to eradicate the root causes of injustice in our community; Our entire community thrives when we meet the needs of our most vulnerable.