The Core Team (also known as the Working Group) meets weekly to develop and vet concepts that move systems toward more community, and less criminal legal, responses to crime. 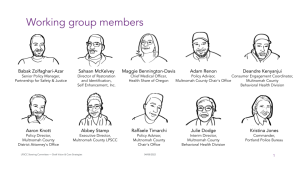 About Territory, their role, and the selection process