Jon has served as interim County Engineer and Transportation Division Director since October 2020. He started his transportation career with Multnomah County 29 years ago. 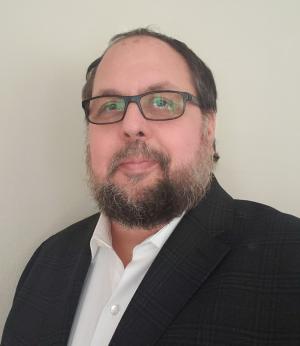 As County Engineer, Jon will oversee all engineering issues for the county’s roads and bridges. Multnomah County has jurisdiction for 274 miles of roads in Fairview, Troutdale and Wood Village, and in unincorporated areas. The county also maintains six Willamette River bridges and 22 smaller bridges and viaducts.

Jon’s bridge projects at the county have included designing and programming computer-based control systems and electrical and mechanical upgrades for the county’s four movable bridges, managing construction of the new Sellwood and Sauvie Island bridges, and managing many electrical, mechanical, and structural bridge projects.

“At Multnomah County, Jon has played a leadership role in the major transportation projects of the last three decades,” said Jamie Waltz, director of the county’s Department of Community Services, which includes the Transportation Division. “Jon is committed to aligning the work we do with our vision to maintain existing infrastructure and support safety in our system. He is also committed to integrating equity into the way we do our business. I am confident Jon is the right person to lead our team in the challenging days ahead.”

The Transportation Division’s budget for the current fiscal year is $137.4 million.  The Division is the lead agency for the Earthquake Ready Burnside Bridge project.  For more information, visit www.multco.us/transportation.