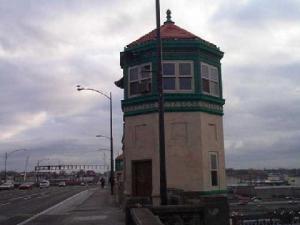 The Burnside Bridge, built in 1926, is located on one of the longest and busiest streets in the Portland area. The five-lane Burnside is a direct connection between downtown Portland, Beaverton to the west and Gresham to the east. About 45,000 vehicles a day use it, along with about 2,000 pedestrians and 4,000 bicyclists each day.  In 2019, more than 7,000 people travelled across the bridge each weekday by TriMet bus.

In addition to its important daily work load, Burnside plays a key role during emergencies. Burnside Street and Bridge are designated as an official emergency transportation route. The bridge, as part of this regional lifeline, is the one non-freeway river crossing designated for use in an emergency. It is the only county bridge to receive a seismic retrofit to reduce damage from an earthquake.

The three-span Burnside is a historically significant structure. It was the first Willamette River bridge in Portland designed with the help of an architect, a result of the early 20th century City Beautiful Movement that called for adding architectural ornamentation to engineering designs. The bridge's distinctive Italian Renaissance towers reflect the trend. Burnside is eligible for the National Register of Historic Places. Originally designed by the firm of Hedrick and Kremers, Burnside was completed by Gustav Lindenthal (1850-1935). Burnside's drawbridge opening mechanism, or bascule, was designed by Joseph Strauss (1870-1938), whose Golden Gate suspension bridge would open 11 years after Burnside.

The bridge originally had six lanes of traffic, but in 1995 the City of Portland requested that bike lanes be added to the bridge, so one lane of traffic was converted into two bike lanes. Two lanes carry westbound motor vehicle traffic and three lanes carry eastbound traffic.  The outside eastbound lane is reserved for transit only.

There are sidewalks on both sides of the bridge. The overall width of the structure is 86 feet. Vertical clearance of the closed bascule span is adequate for the majority of river traffic, with openings necessary only about 40 times per month.

Only minor modifications have been made to the bridge since its construction. Electric streetcar service across the bridge ended in the late 1940’s, lighting and traffic control devices were updated in the late 1950’s, automobile traffic gates were installed in 1971 and the bascule pier fenders on the upstream side were replaced in 1983. Several deck resurfacing projects and expansion joint repairs have also taken place.

The east approach to the bridge is approximately 849 feet long and has two distinct types of construction. The first eight spans consist of steel plate girder spans ranging from 75 feet to 106 feet in length. The steel girders and steel interior floor beams are completely encased in concrete. A concrete deck spans the floor beams. The next seven spans are composed of concrete stringers spanning continuously over concrete columns and floor beams. Six of these spans are 22 feet long and one is 40 feet long.

The west approach is approximately 604 feet long and consists of 19 reinforced concrete spans ranging in length from 22 feet to 62 feet. The first 13 spans average 22 feet and consist of reinforced concrete stringers acting continuously over concrete columns and floor beams. The next three spans average 40 feet in length and are of similar construction. The last four spans are 62 feet long and consist of four main simple span concrete girders that carry interior concrete floor beams and stringers. A concrete deck is cast with the girders, stringers and floor beams.