​Rall type bascule bridges use a system of counterweights, gears and motors to raise the "leaves" of the bridge up and back. An operator situated in the control room on the side of the bridge controls all the mechanisms for raising and lowering the spans. They use a second panel to control the gates and traffic signals. 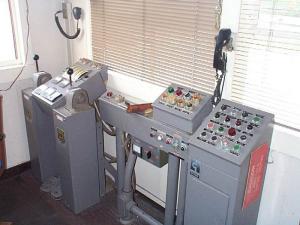 After the operator receives a request to open the bridge, they conduct a visual scan of the bridge to determine if there is traffic crossing the span. The operator announces over the loudspeakers that the bridge will be opening, and begins the sequence of steps to stop traffic and prepare the span. Red lights mounted on the pedestrian and vehicle traffic gates begin to flash to indicate that the gates will be closing shortly. A warning horn begins beeping and remains on during the entire process. Three-colored traffic lights are used to stop vehicles from entering the lift span. Walk/Don’t Walk signs are used to indicate safe zones for pedestrians. 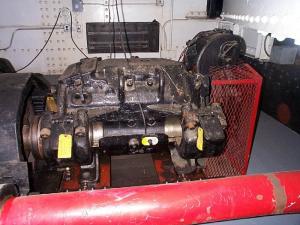 The operator next lowers the vehicle and pedestrian gates which will prevent traffic from entering the span. They then lower the gates on the exit lanes of the bridge. When all traffic is clear of the span, the operator opens the span locks to disconnect the two lift span leaves from each other. (The span locks keep the ends of the leaves from bouncing as traffic passes over them.) 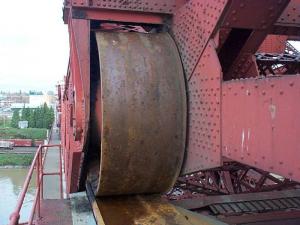 Once the lift span reaches the desired height, the operator stops the motors, applies the span brakes and waits until the river traffic has passed beneath the span. After the river traffic has cleared, the operator reverses the sequence and lowers the lift span leaves down to their resting position. When the lift span is locked into position, the operator will raise the gates, turn off the horn and lights and allow street traffic to flow again. The average time for a span opening on the Broadway Bridge is ten minutes, the longest of the county’s four moveable bridges.