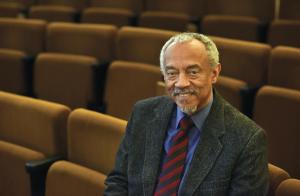 To get an idea of Ron Herndon’s contribution to his community, just set foot in any Albina Head Start or Early Head Start classroom in Portland. Inside are infants, toddlers and preschool-aged children of different races and ethnicities. All of them from low-income homes at or below the poverty-level.

The children’s parents have access to a wealth of much-needed services in one stop.  Access to a dentist for a child with a toothache or prenatal and postnatal care for an expectant mother planning to enroll her child in the program. Parents might also be their child’s teacher’s assistant, certified with over 100 hours of training offered through an Albina Head Start volunteer program. Volunteer teachers can then pursue an Associate’s or Bachelor’s Degree offered through the program and then hired to teach at Albina Head Start.

It’s an example of Ron Herndon’s dedication to his community. His friends and colleagues describe him as: a fighter for justice, a hero, a true advocate for children and low-income communities of color.

For more than 40 years, Ron has served as director of Albina Head Start. He has taken the organization from 126 children in 1975 to more than 1,000 children and 25 different sites in 2016.  The success, he says, belongs to the community.

“Whatever success that we’ve had, it’s because 56 percent of our 300 employees are all former Head Start parents and that’s why I believe Head Start survives,” he says.

Born in Coffeyville, Kansas, Ron was raised by his grandparents, who emphasized the importance of education and taking advantage of every opportunity. In the small community, he witnessed black people helping and watching out for each other. His uncle was the head of the NAACP chapter in Wichita.

“So I saw this effort to bring about change,” he recalls. “All the adults pushed you to do well in school, despite obstacles.”

After junior college and two stints entrenched in community activism in New Jersey and East Harlem, he earned a scholarship to attend Reed College, where he would later help establish a Black Studies department. He graduated with a degree in History. Then, with help from stakeholders and members of the community, he co-founded the Black Education Center which helped low-income students of color gain access to an education.

His focus throughout the 1970s and 80s would remain on education and civil rights.

He helped rally the leadership of multiple organizations to establish the Black United Front. Among the front’s many priorities was school desegregation, which would become the subject of countless print articles, television stories and even a documentary. The work would end the mandatory bussing of black students to schools far from their homes in Portland Public Schools in 1979.
Ron won’t take a bow. Instead, he offers the credit to the community. “We weren’t getting any money from anybody,” he says. “We had pickets, we had boycotts, we disrupted school board meetings. We had the support of the majority of the people. It was all community supported.”

He also served as director of the K-5 Black Educational Center and worked at Albina Youth Opportunity School, one of Portland’s oldest alternative schools. His work was noticed by parents who encouraged Herndon to apply for the vacant director position at Albina Head Start.

While director of Albina Head Start, he also found time to serve as chairman of the board of the National Head Start Association from 1993 to 2013.

This year, he is being honored with the Gladys McCoy Lifetime Achievement Award. McCoy was the first African American Chair of Multnomah County and Commissioner of the Portland School Board representing North and Northeast Portland.

“It’s a humbling experience and quite an honor, and extraordinarily appreciated,” Ron says. “I think I’ve been very, very fortunate to have all these experiences. I’m fortunate enough that the majority of my life I’ve been able to work with people who wanted to make change for other low-income people.”