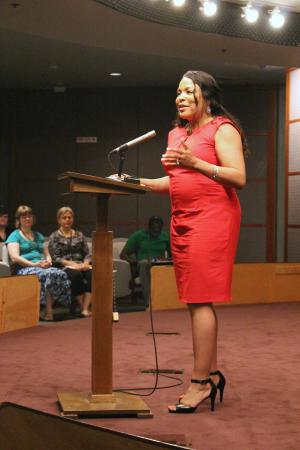 When Commissioner Loretta Smith took the stage to kick off the 2014 season of the SummerWorks program on Tuesday, she started off on a somber note.

In her opening remarks, Smith spoke about her reaction when she heard about a recent tragedy, which she believes underscores the need to connect underserved young people to local employment opportunities.

“I cried all night,” Commissioner Smith said at the July 1 event, referencing the gang-related North Portland shooting of 24-year-old Andrew Coggins Jr. the day before.

“That’s why you see these bags under my eyes,” Smith told a room filled with young people, community members and local leaders. “There’s a mother and a family who are crying today about their son.”

This type of community violence is part of what SummerWorks is trying to combat. 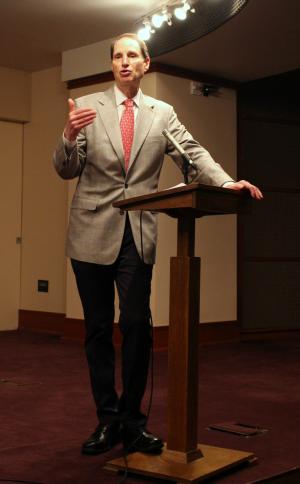 The program, adopted by Multnomah County in 2011, is designed to curb unemployment among teenagers and young adults in the Portland metro area. By providing real job opportunities, SummerWorks both prepares disadvantaged young people for success in the working world and helps prevent violence and crime by providing productive alternatives.

Since its beginning, 90 percent of SummerWorks interns have completed the program and returned to high school, post-secondary school, or gained employment.

“When a young person in a program like this gets that money, it’s not very likely they’re going to try to fly off to Europe and buy a bunch of fancy things in Paris or London,” Wyden said. “They’re going to spend that money here at home!” 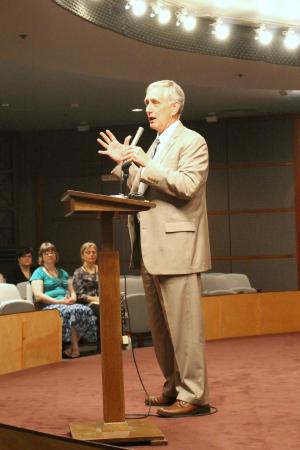 Mayor Hales offered advice to the interns such as to “network relentlessly” and “ask a lot of questions.”

He also pointed out the importance of the skills not only for the interns themselves, but for the future of the local governments where many of them will be working this summer.

“Part of the value to us as employers is that you’re helping us do important public service, but we’re also – we hope – helping to recruit the future workforce of local government,” said Hales.

Labraye Franklin, 16, will be interning at the Mayor’s Office. One of about 40 SummerWorks interns attending the kickoff, he asked frank questions about gentrification and the effectiveness of past public service programs during the press conference.

Impressed with Franklin’s questions, Senator Wyden asked the young man: “Sir, are you available to come to Washington?” The crowd responded with approving laughter.

Franklin sees gang violence and drug abuse as huge problems in his Southeast Portland neighborhood. “I’m somebody that comes from a broken home and I’ve seen these things,” he said.

Franklin will start his 180-hour internship this month along with about 600 other teenagers and young adults in the program that’s open to low-income people ages 16-22. Many of them will be working at Multnomah County, thanks to Commissioner Smith, who helped grow the original 25 intern placements in 2011 into 125 at the county this summer.

“It takes courage to do what you all are doing today,” Commissioner Smith said, addressing the new class of interns. “We need to put down the guns, pick up the pens, the papers, the books and get summer jobs like we do here in Summerworks.”