Oregon Senate Bill 1008 was signed into law by Gov. Kate Brown on July 22. The bill ushers in a new era of evidence-based practices in the juvenile justice system, making sweeping changes to policies and practices put in place by Measure 11.

Approved by voters in 1994, Measure 11 emerged from fears of “juvenile super predators,” and automated adult-level charges for youths in select person-to-person crimes. Measure 11 also outlined mandatory minimum sentences, and took decision-making power out of the hands of judges. 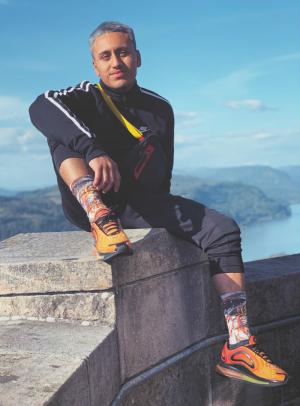 Mauricio Alvarado Lopez was 16 when he was charged with a Measure 11 crime. He subsequently served time at MacLaren Youth Correctional Facility. Today Lopez works full time, is in college, mentors youth and helped advocate for SB 1008.

Statewide, an average of 200 youths are charged as adults each year under Measure 11, a statistic that keeps Deena Corso, director of Multnomah County’s Juvenile Services Division, awake at night.

“Youth’s brains are not developed until their mid-20s,” Corso said. “We know that both young people and the community are better served, and public safety is enhanced, when youth are served in a juvenile justice setting compared to outcomes for youth treated as adults."

Collateral consequences come with Measure 11 as well, including soaring incarceration costs and increased risk of recidivism, bringing unequal burdens to taxpayers. Data also shows that Measure 11 has not increased public safety, and the law has expanded opportunities for racial and ethnic disparity at key decision points in the criminal justice system.

Mauricio Alvarado Lopez was 16 when he was charged with a Measure 11 crime and referred to adult court. He spent time in Multnomah County’s Donald E. Long Detention Center before his conviction, when he was moved to MacLaren Youth Correctional Facility. Lopez looked at his incarceration as a time to heal and grow. He finished high school with a 3.0 GPA. He served as a peer mentor; became a baker; and is in the process of becoming a barber. He also completed certifications in automobile maintenance.

After serving his time, Lopez returned to his community in Portland, where he works full time, attends college as a business major and mentors youth. He’s motivated to inspire change, and help his family, who never left his side during the toughest moments of his life.

“I want to be a voice for those who are still in the system today,” says Lopez, who learned how to write policy with Lewis and Clark students during his time at MacLaren and later worked with the American Civil Liberties Union (ACLU) of Oregon to advocate for SB 1008.

Three weeks after his release in April, Lopez was standing in the halls of Oregon’s Capitol, ready to testify to anyone who would listen about why reform efforts are worthy.

For Corso, after a career dedicated to positive youth development, public safety and equity, getting involved in SB 1008 was a no-brainer. Criminal justice reform efforts have been underway for years, with many public safety practitioners calling for changes to automatic waivers and second look hearings. But the recent legislative session seemed more promising than ever. A recent study also showed 88 percent of Oregon voters want changes to the youth criminal justice system.

Corso became the legislative committee chair for the Oregon Juvenile Department Directors Association (OJDDA), working in partnership with Multnomah County’s Office of Government Affairs. “Moving this bill forward was very strategic, coordinated, and planned,” she says. “Conveying the same message throughout was critical.”

There were concerns that Measure 11 reform would discredit the judicial process that voters approved in 1994. However, voters that year also approved Measure 10, which allows changes to Measure 11 with a two-thirds majority vote in each house of the Oregon Legislature. SB 1008  passed 20-10 in the Senate and 40-18 in the House.

SB 1008 changes how Measure 11 cases are handled for youth, and gives decision-making power back to judges, making room for judges to assess risk and protective factors, as well as other circumstances surrounding a case. Prosecutors wishing to charge a youth as an adult must file a motion for a waiver hearing.

The bill outlines critical factors judges must consider in each hearing, including the youth’s maturity, emotional growth and rehabilitation progress. It eliminates the ability to sentence youths to life without the possibility of parole, and allows for multiple chances to for case reviews.

“With change comes responsibility,” said Corso, grateful for the collaborative nature of Multnomah County’s justice system. “This is going to be new for all of us. There will be system conversations about how to make this happen effectively.”

Corso stressed the importance of policies that align with current research and youth brain development. Public safety improves when youth cases are handled in the juvenile system rather than the adult system, she said, giving youths more of a chance to change.

“There is an absolute recognition from juvenile justice professionals that we have a tremendous responsibility to make sure that we don’t violate the public's trust,”  Corso said, “and we have a duty to protect the community while helping rehabilitate the youth under our supervision.”

“I know what I did was wrong, and I’ve learned from it,” Lopez said. “There are people just as ready as me to contribute to our community. We don’t feel like committing crime. I feel reformed. I just want to be positive in the community.”