June 7, 2017
Editor’s note: The John D. and Catherine T. MacArthur Foundation's Safety and Justice Challenge (SJC) launched in spring 2015. The national initiative is designed to reduce over-incarceration by changing the way America thinks about and uses jails. Multnomah County was one of 20 jurisdictions nationwide awarded a $150,000 grant in 2015. The grant resulted in a report highlighting racial and ethnic disparities throughout the criminal justice system in Multnomah County and potential strategies for the County to reduce jail bed use. Since then, the County has implemented a number of strategies to reduce reliance on jail, including the LEAD® or Law Enforcement Assisted Diversion pilot program, which is supported in part by SJC funding. The following statement from the leadership of the Local Public Safety Coordinating Council supports the County’s continued effort to reduce unnecessary incarceration. Find out more at: multco.us/lpscc.
Photo inside Multnomah County Inverness Jail in Northeast Portland

The primary purpose of jail is to hold those awaiting trial who are a flight risk or pose a danger to public safety. Too often they hold neither.

Multnomah County is working to change that in partnership with the John D. and Catherine T. MacArthur Foundation Safety and Justice Challenge. The County is part of a network of jurisdictions across the country working to rethink the use of jails and has applied for additional funding through the Safety and Justice Challenge as part of its goal to reduce reliance on jail. If awarded, the funding could provide as much as $2 million in the next two years to help achieve those goals.

Data shows that many in jail are there for nonviolent offenses while many more are repeatedly arrested and jailed for low-level drug offenses and misdemeanors. A 2016 Multnomah County Corrections Grand Jury report indicates at least 40 percent of inmates have been diagnosed with a mental illness. And a disproportionate number of those incarcerated are people of color.

The result is a revolving door of incarceration for people struggling with addiction and mental health challenges. This revolving door has enormous financial and social costs to those individuals, their families and the community – particularly communities of color.

The County has identified 12 strategies to reduce overall jail use, reduce racial and ethnic disparities, and better respond to individuals with behavioral health problems. While progress has been made reducing unnecessary incarceration – the jail size has been reduced by 42 percent in the last 18 years – there is more work to be done. These strategies aim to reduce jail use by an additional 14.5 percent.

They range from programs designed to divert people with mental health challenges away from jail, to increased community-based supervision by county parole and probation officers of lower-risk offenders and more community based alternatives for individuals arrested for drug use.

Many of these efforts are already underway.

As Multnomah County Chair and Local Public Safety Coordinating Council Co-chair Deborah Kafoury wrote in the application  – The County is committed to improve system inefficiencies; meet the needs of those with behavioral health problems who are involved in the justice systems; institute a range of non-jail options for lower-risk offenders, and most importantly, make our community safer by ensuring the right people are in jail to begin with.

Stay tuned for updates this fall about the outcome of our application and learn more about the impacts of incarceration through the stories of families such as Kellie and her daughter Savannah. 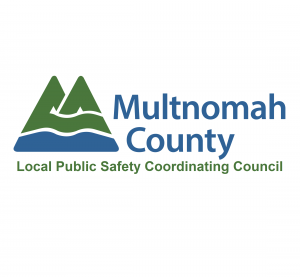