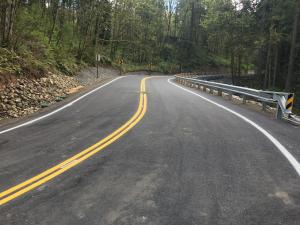 NW Newberry was closed to all forms of traffic between US Highway 30 and NW Skyline Boulevard, due to the landslide.

The road was closed at the landslide to bicycles, skateboards and pedestrians, as well as motor vehicles. It was not safe to enter the closed section of road.

A landslide undermined a section of Newberry Road in January 2017, following a major snow storm and melt-off.  The road was closed to through traffic between US Highway 30 and NW Skyline Boulevard.

Geotechnical studies and design work were completed, right of way (property) was acquired and construction began in February 2019 and was completed in April 2019. The road reopened on April 17, 2019. 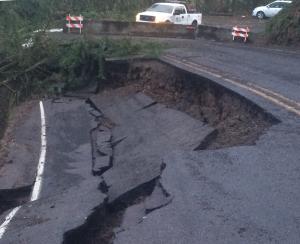 NW Newberry was closed to through traffic between US Highway 30 and NW Skyline Blvd. Local traffic had access up to each side of the slide area, near NW 13342 Newberry Road.