Plan view of courthouse and section of closed ramp to be removed. 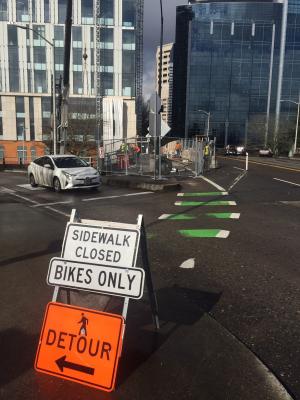 View west of closed crosswalk and ramp construction, with new courthouse at left.

Multnomah County’s Central Courthouse is being built on a block that once had an onramp from southbound SW Naito Parkway to the eastbound Hawthorne Bridge. The ramp was closed in 1997. This project removed a portion of the onramp where it connected to the south side of the bridge above the southbound lanes of SW Naito Parkway.

A portion of the structure was removed and a new outside edge to the current eastbound ramp, parapet wall and handrail was built. Before the courthouse opens in late spring 2020, the project will construct a staircase linking the south sidewalk of the Hawthorne Bridge onramp to the west sidewalk on SW Naito Parkway.

View from Hawthorne Bridge south sidewalk of north side of future courthouse, with stairs to SW Naito Parkway. 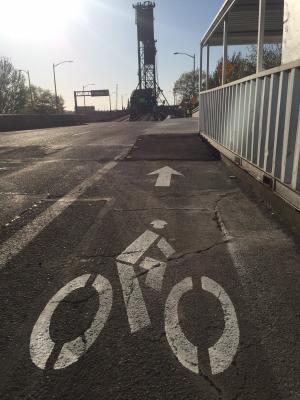 We are interested in your feedback on this project. Please fill in the form below if you have comments, questions or suggestions.