Into the archives: Celebrating women's right to vote in Oregon

In 2012, Oregonians celebrate the centennial of women winning the right to vote. While this victory is documented in the County Archives by the voter registrations of early suffragists such as Hattie Redmond and Abigail Scott Duniway, the story does not stop there.

Women have played a key role in the development of the county and its services. Take county nurse, Ruth Young Gould: In February 1921, Gould drove this car 898 miles throughout rural east Multnomah County as she managed 73 cases, made 109 visits, gave two talks and distributed 227 pieces of literature. 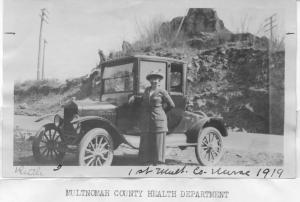 The picture below shows Darlene “Sam” Sevier and Virginia “Patty” Smith next to an IBM 370 series mainframe computer. By the time this 1987 picture was taken, the county had operated with a Data Processing Authority for 20 years. 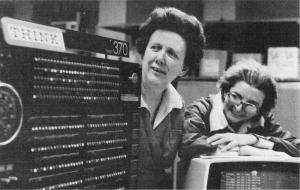 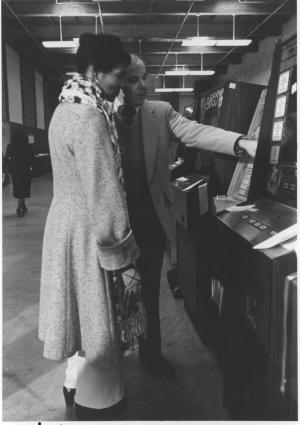 Women’s public roles have increased significantly in the last 100 years. And while there is always more work to be done in promoting diversity and equity, as an organization, Multnomah County can look back with pride at the steps it has taken throughout history in creating a more equitable community.

As Oregon’s most populous county, Multnomah County has a rich and fascinating history that dates back to 1854.