When refugees resettle in the United States, they’re provided up to eight months of public assistance, including medical coverage, effective beginning the day they arrive on U.S. soil. Even if a new arrival hasn't yet received a health insurance card, she can still see a doctor, and that doctor will be retroactively reimbursed for care.

That's especially important to know because obtaining insurance takes time, and sometimes people arrive with serious health problems such as diabetes, schizophrenia or cancer, from countries where they haven't received good care. 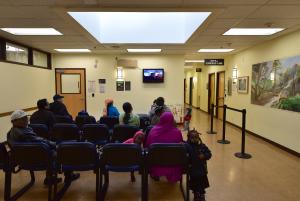 All newly-arriving refugees complete a mandatory health screening at Mid County Health Center. The guidelines are established by the Centers for Disease Control and Prevention and include a general exam including nutritional history, immunizations, an emotional distress screening and lab testing for Malaria, lead toxicity, parasites, sexually-transmitted infections and Tuberculosis.

Patients with positive test results are then referred for further treatment, such as the Multnomah County Health Department's:

More than a third of refugees report having been near death prior to resettlement, and about one-in-three have lost a family member or friend. Most have expended hunger or thirst, and nearly 70 percent have lived through combat. It's no wonder then that refugees experience astronomical rates of stress, depress and post-traumatic stress disorder compared to the general public. And symptoms can persist for years after a person is resettled.

The federal government recommends that as part of the initially physical health screening, states evaluate a person's mental health as well.

In Oregon, the mental health screening are conducted through Pathways to Wellness, a program of Lutheran Community Services Northwest. Patients can seek help through Lutheran's Multicultural Counseling Services, where staff offer counseling and referral services.

The state doesn't have enough mental health providers with the language and cultural skill to meet the needs of refugees. This is especially true when it comes to torture; it's just not something most patients will experience.  Yet these residents are more likely to attempt suicide, experience aggression, depression, anxiety, alcohol and drug abuse, and PTSD.

The state's refugee coordinator, Rhonda Prodzinski, is a manager at the Oregon Department of Human Services. She serves a supervisory role in how the state implements its contract with the U.S. Office of Refugee Resettlement. She has two staff who work fulltime within the state Department of Human Services to assure refugee families obtain social services including housing and food assistance. Regarding health the three primary players are: 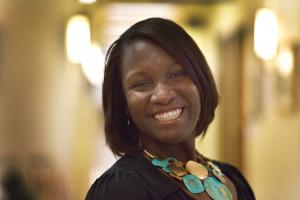 How a tuberculosis case worker earns the trust of strangers.

“People always say that government is slow. But if the people are willing to move, the system will move.”

Staff at the Multnomah County Health Department are leading a statewide initiative to rethink health care for refugees.

Eugene Sadiki brings a message of hope to lessons of struggle

More than 1,000 refugees arrive at Portland International Airport each year. Here they find organizations dedicated to meet their needs.

MultCo Global maintains a directory of nonprofits, faith groups and government programs that serve immigrants and refugees in the Portland Metro area.