Unleash your property potential with PropertyFit (also known as Commercial Property Assessed Clean Energy, or CPACE), a program in Multnomah County that offers commercial building owners long-term financing for up to 100% of the cost of capital improvements that reduce energy consumption or generate energy.

With PropertyFit, owners are no longer restricted by limited capital budgets to improve building performance. This program uses the Commercial Property Assessed Clean Energy (CPACE) financing model that is being offered by cities and states throughout the U.S. Up to a period of 20 years, building owners repay the cost of eligible improvements through a benefits assessment (similar to a tax assessment). The energy savings are used to repay the assessment. The assessment is tied to the property, and the repayment obligation automatically transfers to the next owner if the property is sold. 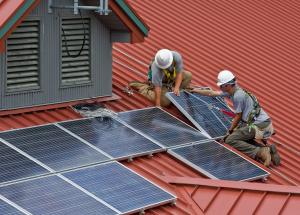 According to a study by ECONorthwest commissioned by Multnomah County, approximately 2,800 out of 8,300 of Multnomah County's commercial building stock (excluding industrial and multifamily) is estimated to have higher than average energy-use and no evidence of having been retrofit in the recent past. CPACE will facilitate both increased building retrofits and also "deeper" retrofits that achieve more significant energy savings. According to the study, if the 1,016 commercial buildings identified as likely candidates for a CPACE program were to complete energy efficiency retrofits, the following benefits would accrue: 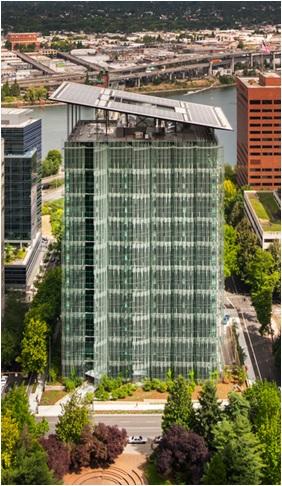 PropertyFit was authorized by the Multnomah County Board of Commissioners in September 2015. PropertyFit is a collaboration between Multnomah County, the Portland Development Commission, and the Energy Trust of Oregon to support the County's carbon reduction goals stated in the 2015 Climate Action Plan (action 1E, page 64). It was created to help building owners to invest in energy efficiency and renewable energy projects in Oregon. Together, these organizations leverage public and private resources to remove capital barriers and make energy investment accessible to small and medium size, as well as large-scale property owners.

PropertyFit is administered by the Portland Development Commission on behalf of Multnomah County through an intergovernmental agreement signed in 2015.

How to Get Involved

Visit the PropertyFit website to learn more about the program and how it may be a good fit for you.

This video is by the national Property Assessed Clean Energy advocacy group PACENow. While PropertyFit is slightly different, the overall sequence of the program is similar.

2015 Climate Action Plan is a road map for building climate resiliency in Multnomah County. The 2015 CAP will reduce carbon emissions and protect the community from the impacts of climate change.