About Us - Multnomah County Elections 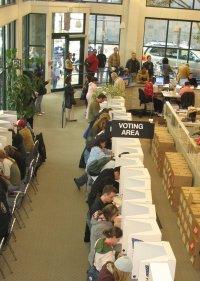 The mission of the Elections Division is to uphold a reputation for transparent, accurate, accessible and accountable elections in Multnomah County.

There are four scheduled election dates each year in Oregon: the 2nd Tuesday in March; the 3rd Tuesday in May; the 4th Tuesday in August; and the 1st Tuesday after the first Monday in November. The only regularly scheduled elections are the even year May Primary and General Election and the odd year May Special Election. Other special elections can be held in March or August. The state can call for a special election at any time. Recall election dates are based on when the prospective recall petition is filed and the timeline after that initial filing. Recall elections do not follow the same timeline as other elections.

Opportunities for Observation Observers play an important role in the elections process and provide an objective review of the vote counting process. The public is welcome to observe. For more information about election observation, please contact us.

Please use this form to send any comments or questions to Multnomah County Elections.

Learn more about Multnomah County Elections here with videos on who we are and what services we provide.